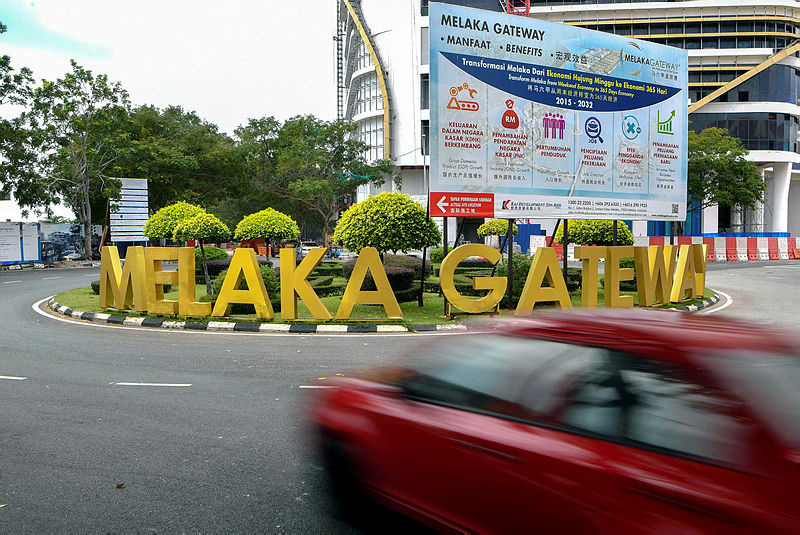 MALACCA: Plans to restore the port sector as a major economic contributor to Malacca like it was in the past are realistic and implementable, said a state executive council member.

State Public Works, Transport and Public Amenities Committee chairman Datuk Mohd Sofi Abdul Wahab said it was due to Malacca’s strategic position as well as the existence of multi-functional ports.

“The ports are the Tanjung Bruas and Kuala Linggi ports. At the same time, the construction of an international cruise passenger terminal under the Malacca Gateway project is expected to be completed by the end of next year,“ he told Bernama.

Sofi said once the international cruise passenger terminal completed, it would become a hub for luxury cruise ships and at the same time increase tourist arrivals to the state.

“The Malacca Gateway project is expected to create 45,000 to 60,000 jobs as well as vast business opportunities to hawkers and small traders to increase their income,“ he said.

It was previously reported that the Tanjung Bruas Port would be commercially developed at a cost of RM160 million.

On the Tanjung Bruas Port project, Mohd Sofi said it was aimed at transforming the port to be on par with the Port of Tanjung Pelepas and Port Klang in the future.

He said the state government in collaboration with Tanjung Bruas Port Sdn Bhd would upgrade the infrastructure and basic facilities at the port to ensure it can be used by container ships for import and export business in the future.

Sofi said works on the Kuala Linggi International Port’s (KLIP) expansion project was expected to commence at the latest by September next year.

“The port will be transformed into a trading hub and upgraded to accommodate larger ships,“ he said adding that the port expansion project which included the deepening of the Kuala Linggi estuary would also provide employment opportunities for the locals.

Meanwhile, Chief Minister Adly Zahari when winding up the debate on the 2020 state budget recently said with an estimated 100,000 vessels passed through the Straits of Melaka each year, the port sector had great potential to become an economic contributor to the state.

“The port has also handled 5,039 units of containers from April to date and the number is expected to increase between 10,000 and 15,000 units by December. The Roll-on Roll-off facility will also begin operations by 2020,“ he said.

Kelantan records 808 fatalities due to Covid-19 as of September

1.Kelantan records 808 fatalities due to Covid-19 as of September

4.Will PM appoint another adviser on inflation, LGE asks