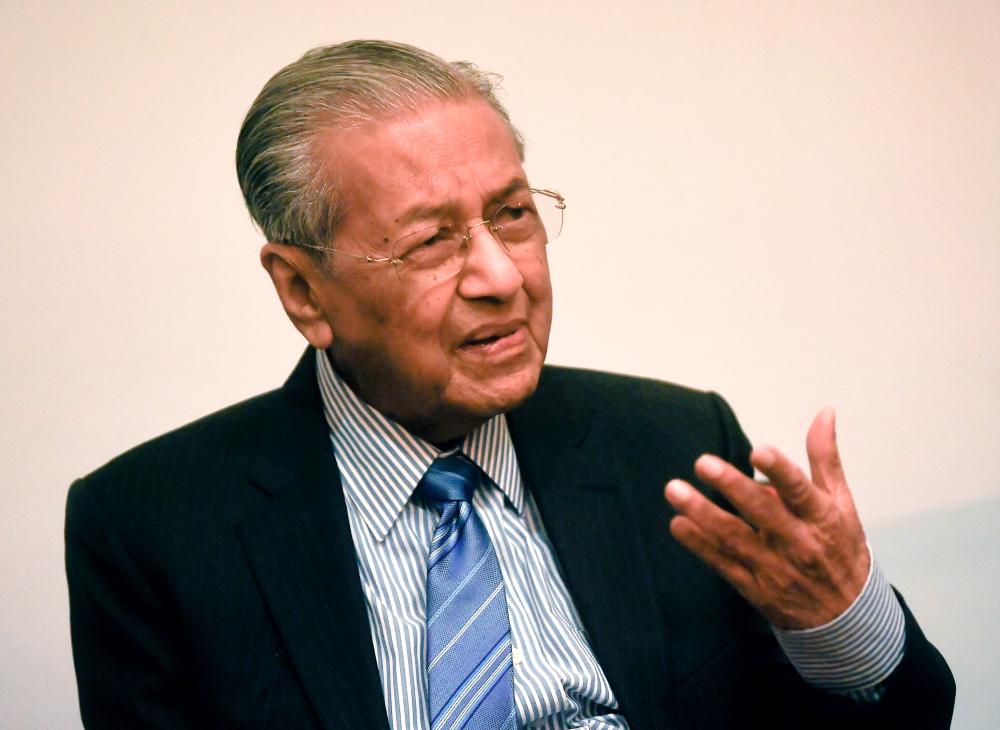 The prime minister said to master Science, Malaysians would first need to be proficient in English as in the West, the field develops and progresses through the use of the language.

“To me, mastering English in the scientific fields is extremely important as this is knowledge that is not coming from us, but rather a culture that is not ours.

“Our culture used to be such that when we are faced with problems, we blame supernatural forces and the spirits. That has been our approach ... Scientists, on the other hand, try to get to the root of the problem by conducting research,” he said in his exclusive interview, #PMJawab, with the Malaya Post last night.

Mahathir, who is also acting Education Minister, said scientists in Western nations were constantly looking for effective solutions to problems or issues through research, and would then share new findings in English.

“Everyday they will be releasing new findings which are written in English. Of course we are able to translate but we must be knowledgeable in the field of Science. If we fail to understand, we will not be able to do the translation,“ he said.

Therefore, he was of the opinion that the matter should be accepted by all parties if they want to see the nation progress.

For the moment, the government has not made any decision on the implementation of PPSMI in schools and according to the prime minister, a sub-committee has been formed to review its re-implementation and a decision to made soon.

In the hour-long interview, Mahathir was also asked about the Sekolah Wawasan model which was launched under his administration in 1997, when he was the fourth premier.

He said though there were difficulties during its introduction, it went on to promote solidarity among the various races in the country.

“With Sekolah Wawasan we have three schools located in one campus. Although they speak different languages they attend the morning assembly together, play sports in a mixed team thus allowing the children to mix with one another,” he said.

Touching on politics, Mahathir said the Pakatan Harapan (PH) government applied the principles of democracy in all of its agendas by discussing issues with all component parties to reach a consensus.

“Today’s political environment has changed, unlike before. Back then, Umno was a powerful party to the extent they could do almost anything, including allowing leaders who committed wrongdoings to remain in the party,” he said.

Meanwhile, the prime minister said he was open to views from all quarters, including the opposition parties, race-based non-governmental organisations and religious bodies.

“If I don’t listen to their views, then I would not be able to deal with problems.

“But some people had interpreted my meeting with the opposition leaders as my move to create a new coalition party. This is not true,” he said, commenting on talks that there were alleged plans to establish a new coalition government. — Bernama