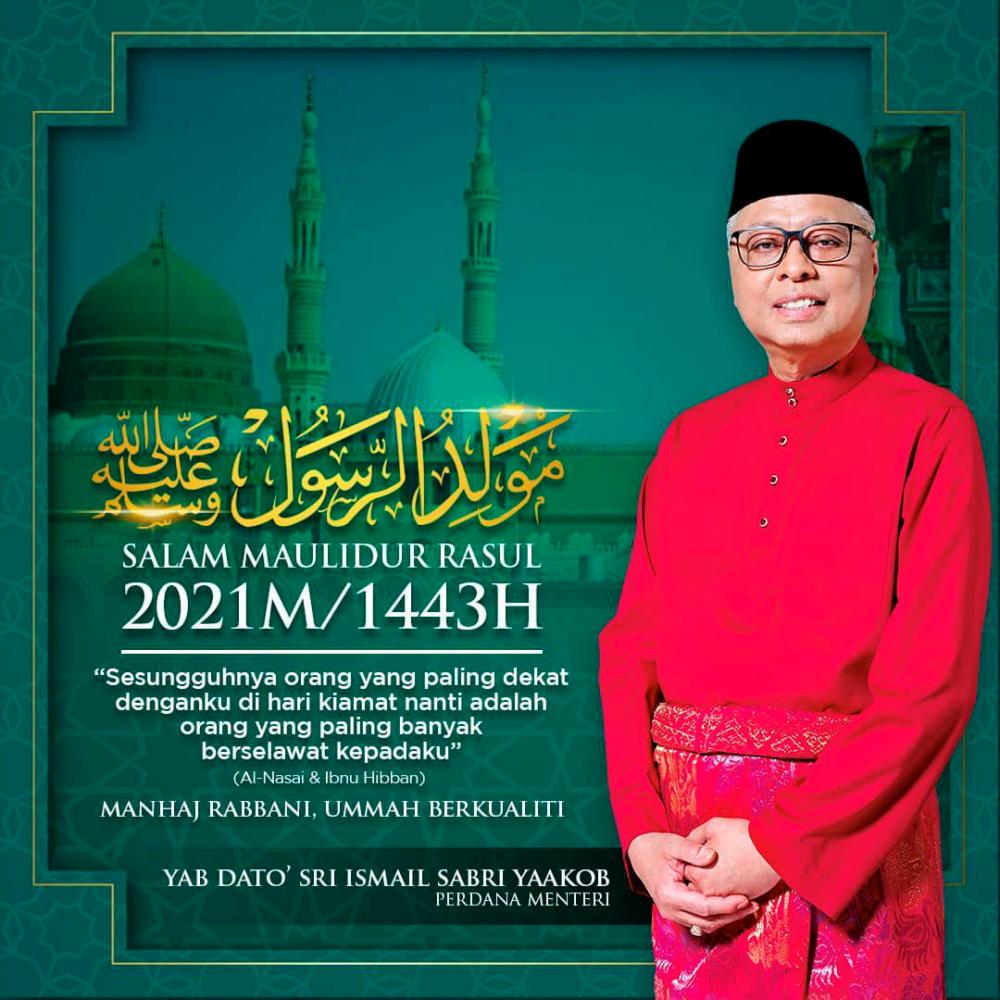 KUALA LUMPUR: Prime Minister Datuk Seri Ismail Sabri Yaakob said the unity concept brought by Prophet Muhammad (PBUH) has taught Malaysians to stay united regardless of their backgrounds so as to create a harmonious Malaysian Family.

He said that when Prophet Muhammad (PBUH) migrated to Madinah, he succeeded in not only uniting the Muhajirin (early followers of Islam who migrated from Makkah to Madinah) and the Ansar (local inhabitants of Madinah) through the Charter of Madinah but also the Jews.

“Salam Maulidur Rasul 1443H/2021M to all Muslims and may we always do good deeds according to the Prophet’s sunnah (traditions and practices),“ he wrote in a posting on his Facebook.

Ismail Sabri said following the Prophet’s traditions and practices is one of the ways to prove the love for the Messenger of God. — Bernama