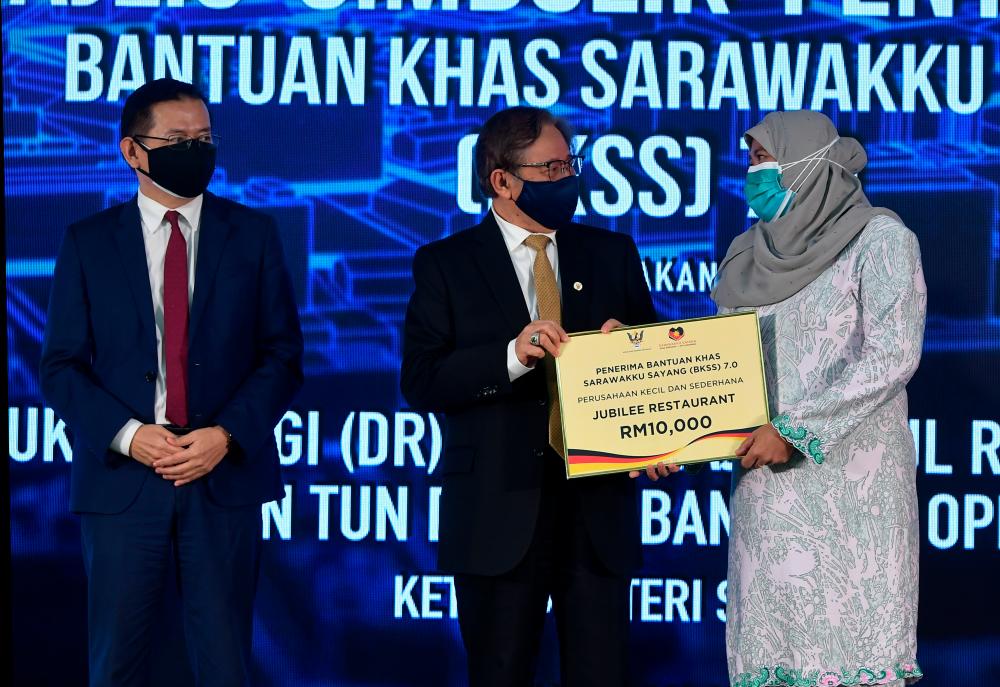 KUCHING: The proposed amendments to the Federal Constitution to be in line with the relevant provisions of the Malaysia Agreement 1963 (MA63) are more comprehensive and reflect the true spirit of the parties that entered into the agreement.

Sarawak Chief Minister Datuk Patinggi Abang Johari Tun Openg (pix, centre) said the proposed amendments, which include on the definition of ‘the Federation’ under Article 160(2) are crucial so that MA63 and its annexures are recognised in the Constitution.

He said the amendment would also introduce the definition of ‘Malaysia Day’ which has never before defined.

According to Abang Johari, Sarawak has also discussed with the federal government on the amendment to the definition of ‘natives’ under Article 161A of the Federal Constitution.

“With this amendment, the power to decide which races in Sarawak shall be recognised as being indigenous to the state shall be determined by the state through state laws,” he told a press conference at Wisma Bapa Malaysia here today.

On Oct 6, Wan Junaidi in a statement said a bill to amend the Federal Constitution to be in line with the relevant provisions of the MA63 is expected to be tabled in Parliament by end of this month.

He said although the 12th Malaysia Plan focuses on the development of Sabah, Sarawak and the less developed states, the allocation for Sarawak is low compared to its needs to accelerate and close the development gaps.

“The allocation of RM4.47 billion is a mere 6.8 percent of the total national development expenditure under the 12th Malaysia Plan First Rolling Plan and it clearly does not reflect the needs of Sarawak considering its size and level of development, as well as its status as an equal partner to the formation of Malaysia,” he added.-Bernama