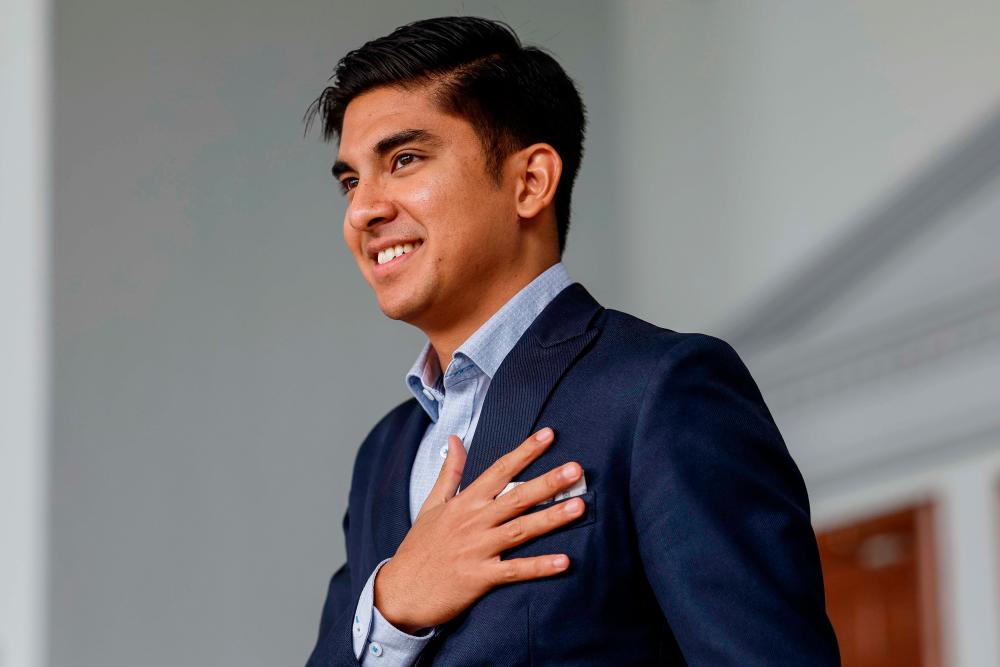 KUALA LUMPUR, Sept 27 -- Muar Member of Parliament Syed Saddiq Syed Abdul Rahman was present at the Kuala Lumpur Court Complex today for the hearing of the case he is facing, which are four charges related to breach of trust of Angkatan Bersatu Anak Muda (Armada) funds amounting to RM1 million and money laundering. BERNAMAPIX

Deputy public prosecutor Datuk Wan Shaharuddin Wan Ladin told the court that the prosecution was closing its case today after calling back three of its witnesses for re-examination by the defence.

Judicial Commissioner Datuk Azhar Abdul Hamid then ordered both parties to file their written submissions on Friday or by next Monday at the latest.

The court also set Oct 6 and 7 for oral submission by both parties.

Syed Saddiq, 29, is charged as the then Bersatu youth wing or Armada chief, who was entrusted with control of its funds, with abetting Rafiq Hakim with CBT of RM1mil in funds belonging to the wing at CIMB Bank Bhd, Menara CIMB KL Sentral, Jalan Stesen Sentral 2, here on March 6, 2020.

For the second charge, Syed Saddiq is alleged to have misused property for himself, namely RM120,000 from the Maybank Islamic Bhd account belonging to Armada Bumi Bersatu Enterprise, by causing Rafiq Hakim to dispose of the money at Malayan Banking Bhd, Jalan Pandan 3/6A, Taman Pandan Jaya here, between April 8 and 21, 2018.

He also faced two counts of engaging in money-laundering activities, namely two transactions of RM50,000 each believed to be proceeds from unlawful activities, from his Maybank Islamic Bhd account into his Amanah Saham Bumiputra account at a bank in Jalan Persisiran Perling, Taman Perling, Johor Baru, on June 16 and 19, 2018. - Bernama