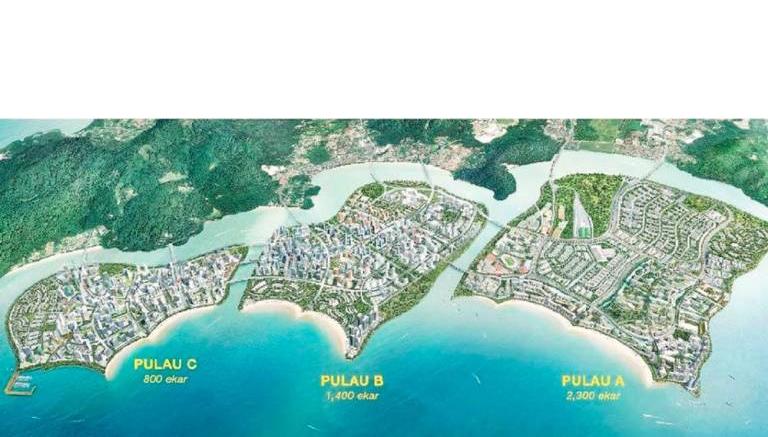 Pix for representation only.

GEORGE TOWN: Penang may not be able to achieve a higher level of progress if the government accedes to the demands of those opposing development programmes such as the Penang South Reclamation (PSR), says a social activist.

Timothy Tye, who jointly runs a non-governmental organisation known as Anak Pinang here, said this latest plan by the government to implement it as one of the projects under the Penang Transport Master Plan (PTMP) would pave the way for the state’s continued progress in the years to come.

“It (the PSR) is a necessary thing. We should not be afraid of this development as it will spur people to become more educated, earn more and able to deal with issues affecting society through better ways,” he told Bernama.

Citing the state government’s plan to create three man–made islands through the Penang South Reclamation (PSR) project, he said the fear towards this initiative was unfounded as reclamation was already practised in the state since more than a century ago.

“Reclamation is nothing new in Penang. Even part of the heritage site had been reclaimed. So are the areas around the Pengkalan Weld and Gurney Drive, to name a few,” he said.

Tye, 54, was also saddened to note that the proposed PSR project, which aimed to reclaim an area of over 1,800 hectares in the sea on the south side of Penang Island, was opposed by a number of groups claiming to be fighting for the fishing community’s welfare and protecting the environment.

He said the state government would not have proceeded with the project without carrying out proper studies and giving due consideration to its impact on the people, while being bold enough to include it in the PTMP in their manifesto for the last general election.

“I am quite confident with the government now. We have a government that listens and allows voices of the opposition to be heard. They know that they cannot do wrong things because the people are watching them,” he said.

Tye believes that the decision to go on with the project came after taking into account the overall interest and the need for the state’s economy to continue to be vibrant in order to attract more investments, jobs and business opportunities, as well as create a better living environment for the people.

“People would want good jobs and better businesses, not live in a polluted environment and continue to face congestion. While we respect the rights of people opposing it (PSR project), we should not deny the rights of the silent majority who are supporting it,” he added. — Bernama