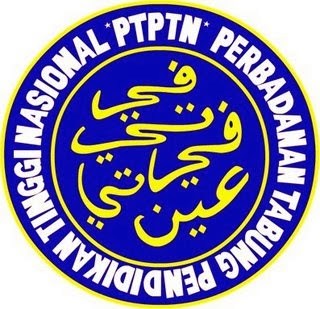 KUALA LUMPUR: The National Higher Education Fund Corporation (PTPTN) is working with six agencies to obtain information of income and details of employers of PTPTN borrowers to implement the Scheduled Salary Deductions (PGB) next year.

Its chairman Wan Saiful Wan Jai said this was to enable PGB to be implemented on the borrowers whose salaries had reached RM2,000 a month effective January next year.

“Based on the information obtained, PTPTN will issue directives for salary deductions depending on the percentages of deductions and it is their duty to implement the workers’ pay cuts as loan repayments to PTPTN,“ he told reporters here today.

Wan Saiful said PGB would greatly benefit those with low income and the young who had just started working and this method was fairer because it would ensure that the less well- to-do were not burdened, while the rich could not take advantage.

At the tabling of the Budget 2019, Finance Minister Lim Guan Eng announced the implementation of the PGB of between two to 15% from the monthly income of the borrowers who were earning more than RM1,000 a month other than exemption of repayment for the B40 group if a graduate obtained Bachelor Degree First Class.

However, last week Education Minister Dr Maszlee Malik said the deduction of salaries for borrowers with incomes exceeding RM2,000 a month would be implemented from January 2019.

Maszlee also announced that the government had decided that an exemption of repayment for borrowers who obtained a first class result would also be expanded to middle-class households (M40).

In the meantime, Wan Saiful said for borrowers who were not working for any employers were required to confirm their income via the PTPTN portal to enable them to enjoy instalment payments on their loans based on their income percentages.

He said borrowers who were earning below RM2,000 a month need not make any payment until their salaries reached RM2,000.

About 225,000 borrowers who had been identified to be earning less than RM2,000 would enjoy this exemption.

“To encourage those employers who help to pay the PTPTN for their full time workers, they will qualify for tax rebates on whatever repayment amount, be it those which are paid on instalment basis or lump sums. This is under the condition the employers cannot impose any condition or demand on the workers concerned after payments have been made,“ he said.

He said the employers could use the settlement of PTPTN loans as an incentive for excellent workers, or an incentive to recruit new workers and it could become a motivator to the workers and would boost the reputation of the organisation. — Bernama

We are working to end modern day slavery, says Hamzah

1.Solution to Zii Jia-BAM issue is in sight - Ahmad Faizal

2.We are working to end modern day slavery, says Hamzah