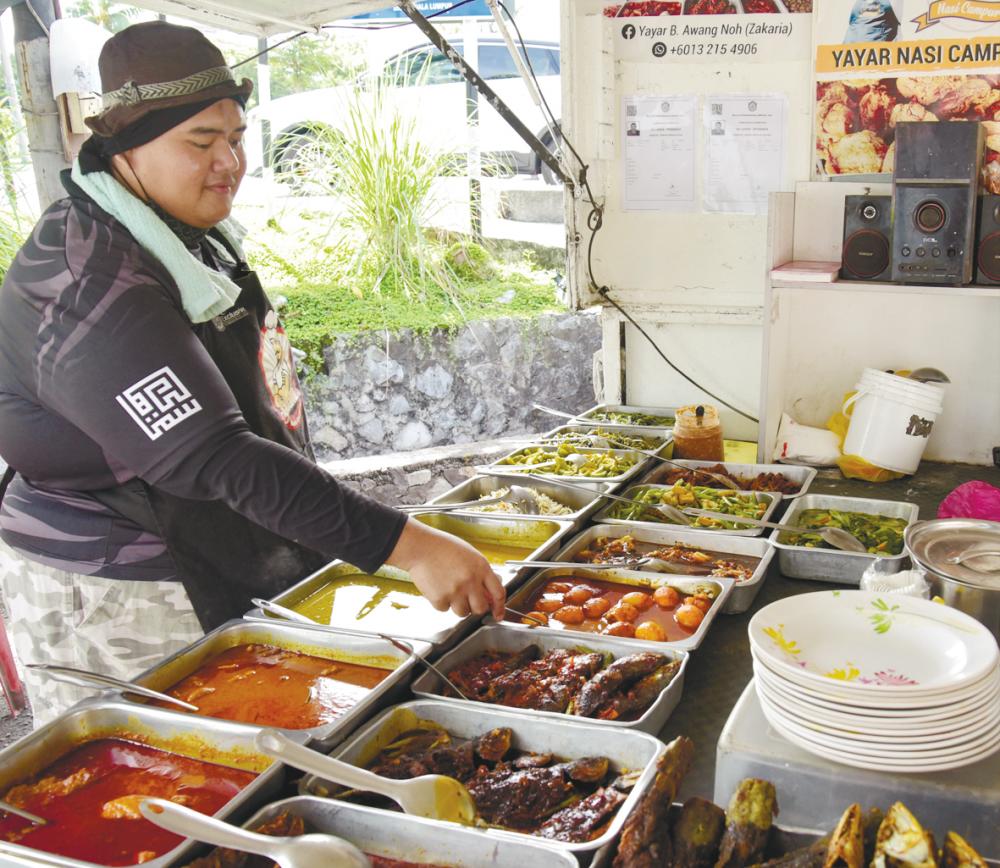 Zakaria said he was prompted to provide free meals to children and senior citizens out of a strong sense of filial piety. – SYAZWAN KAMAL/THESUN

KUALA LUMPUR: A food truck operator at Pandan Perdana in Ampang has been getting lots of exposure lately, due to his charitable acts of handing out free meals to children and the elderly.

Zakaria Awang Noh, who runs Kedai Yayar Nasi Campur, which sells mostly Malay dishes at a parking lot here, had initially made TikTok videos of himself distributing the free meals he had funded on his own, as a form of charity.

However, after his videos gained popularity, he started to receive donations from friends and followers who wished to reach out to people in need of hot, healthy meals. The 32-year-old then started to hand out food packs, which consisted of meat and vegetable dishes, to children and the elderly.

Zakaria, who hails from Jeli in Kelantan, said he chose to give the free meals to children and senior citizens due to his strong sense of filial piety.

“When my parents were alive, I would send them money each month to pay bills and buy necessities. After I lost my parents in 2020 and 2022 due to old age, I started to give away food during lunch in the name of my parents.

“Then, I posted some videos on Facebook and TikTok of me distributing lunch to the needy. Some videos gained traction and people started to give me money so that I could distribute even more free food.”

The two-minute, nine-second video shows Zakaria giving four boys plain rice in a food wrapper and allowing them to pick whichever side dish they preferred.

His food truck sells a wide variety of Malay dishes, between 25 and 30 types of fish, meat, chicken and vegetable dishes, along with two types of drinks from 11am to 5pm, Mondays to Saturdays.

Another of his videos that gained a lot of attention was one of him giving RM300 to “Popo”, a Chinese senior citizen, for her to buy new clothes for her Lunar New Year celebration. In the video, he mentioned that the money was given to him by a TikTok follower.

“My small-scale, personal charity project has become bigger due to the funds donated by people who have watched my videos. These kind people entrusted me with their money, I am just another channel for them to contribute to society.

“It all started with a video I posted in mid-2022, featuring some neighbourhood children, who just finished prayers at a nearby mosque. From their stories, I learned that one of them lived in a nearby apartment with seven siblings.”

Zakaria said the children often glanced at the freshly-cooked fried chicken he was selling but opted for cheaper dishes to go with their rice.

So, he told them to take any of the dishes that they wanted and he said he would not charge them for it, as long as they promised not to waste the food.