Putrajaya to celebrate silver jubilee in 2020 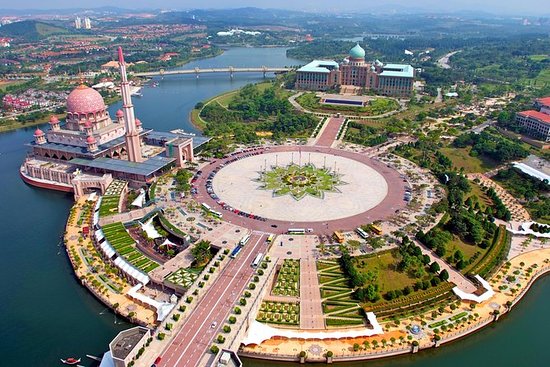 PUTRAJAYA: As the world ushers in the year 2020, the Federal Territory of Putrajaya will also celebrate its silver jubilee to mark the 25th anniversary of its establishment as Malaysia’s federal government administrative centre.

Launched by the then fourth Prime Minister Tun Dr Mahathir Mohamad on Aug 29, 1995, Putrajaya, formerly an area in the south of Prang Besar, a district in Selangor, underwent a long transformation process from 4,931-hectare forest and farmland to one intelligent administrative city.

Putrajaya was named in honour of the first Prime Minister of Malaysia, Tunku Abdul Rahman Putra Al-Haj, and was declared as a Federal Territory on Feb 1, 2001.

The early history of the territory began on June 2, 1993, when the Cabinet approved the area to be turned into a new administrative centre for the federal government to replace Kuala Lumpur.

On May 31, 1999, the National Security Division and the Implementation Coordination Unit, both under the Prime Minister’s Department, began operations at the new Prime Minister’s Office complex in Putrajaya.

Dr Mahathir began his first day in his new office in Putrajaya on June 21, 1999, and held the first Cabinet meeting at the new administrative capital two days later.

Today, Putrajaya is no stranger to outsiders and some foreign leaders are eager to learn about Putrajaya’s achievements or plans.

His Majesty also shared the experience of meeting other heads of state who spoke about how beautiful Putrajaya is.

According to Putrajaya Corporation (PPj) president Datuk Dr Aminuddin Hassim, the Putrajaya’s silver jubilee celebrations will be held throughout 2020, with the highlight of the events being slated for Aug 29.

He said on that day, Dr Mahathir will personally open the time capsule he had planted at Taman Putra Perdana, Precinct 1, Putrajaya, during the early years of establishment of the territory.

“The time capsule contains several important documents including the document relating to the Putrajaya Corporation Act 1995 [Act 536] on the establishment of Putrajaya,” he told Bernama when met at his office today.

Aminuddin said the year 2020 is also an important year for PPj to plan further development of the administrative capital.

“In general, Putrajaya’s physical development has completed. PPj is now focusing on the development of the community, especially the second and third generation of Putrajaya residents,” he said.

Having witnessed the rapid development of the territory since 2003, Aminuddin noted that Putrajaya is now on par with other administrative cities such as Washington in the United States, Canberra in Australia, Ankara in Turkey, Astana in Kazakhstan and Sejong in South Korea. — Bernama