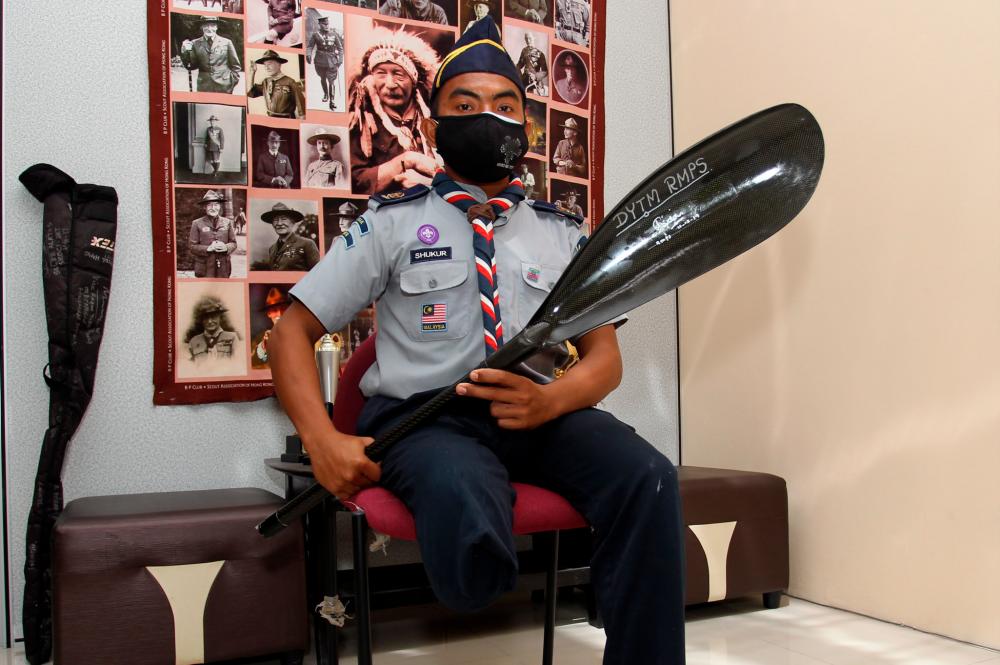 IPOH: A person with disabilities (PwD) is attempting to enter his name in the Malaysia Book Of Records (MBOR) by paddling a kayak for 360 kilometres (km) in a PwD Solo Survival Mission along Sungai Perak from November 6 to 13.

Mohd Syukor Shahuji, 29, (pix) a slow learner who had his right leg amputated due to a road mishap four years ago, would depart from Tasik Banding Jetty in Grik and would end at Beting Beras Basah, Bagan Datuk.

A member of the scouts’ movement in Perak, he started kayaking eight years ago by participating in an expedition organised by the Federation of Scouts Association of Malaysia Perak with the co-operation of the state government.

Mohd Syukor, who is from Hulu Selangor, Selangor, said the weather and high tides were among the main challenges that he would be facing since solo paddling does not involve any assistance from a crew.

“I do feel nervous and scared but I am in high spirit to do it after a year of training with national solo kayak paddler, Murad Mohd Kasim,“ he said.

He was speaking at a news conference which was also attended by Perak State Scouts Council vice-president Datuk Zainol Fadzi Paharuddin at Wisma Pengakap here today.

Meanwhile, Murad said he was confident of Mohd Syukor’s capability to succeed based on his performance during training.

In the meantime, Zainol Fadzi, who is also State Rural Development, Entrepreneur Development and Co-operative Committee chairman, hoped the expedition would spur the sporting spirit and capability of PwDs and promote Sungai Perak as a recreational place.

He said the flag off is expected to be performed by Youth and Sports Minister Datuk Seri Ahmad Faizal Azumu at Tasik Banding Jetty while Menteri Besar Datuk Saarani Mohamad is expected to receive Mohd Syukor’s arrival at Beting Beras Basah.-Bernama