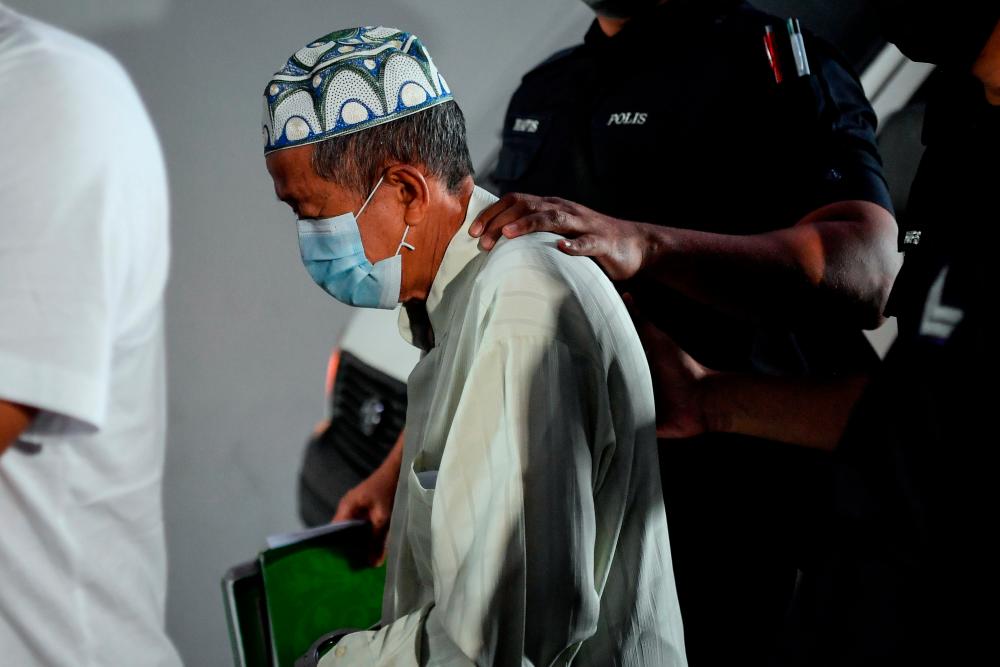 BUTTERWORTH: A 74-year-old man was charged in separate Sessions Court here today with 17 counts of raping and sexually assaulting two sisters between 2014 and 2021.

Ashaari Ibrahim, who taught the two girls, now aged 13 and 11, to read the Quran, pleaded not guilty to all the charges.

In the court before judge Noor Aini Yusof, he was charged with three counts of raping and three counts of sexually assaulting one of the sisters, since she was then seven-years-old at a house in Perai, Penang, between Jan 1, 2018 and Dec 31, 2020.

He was not allowed bail and the court set July 29 for mention for appointment of counsel and submission of documents.

In the court before judge Norhayati Mohamad Yunus, the man was charged with seven counts of raping and four counts of sexually assaulting the girl’s older sister, since she was then five years-old in the same house between Jan 1, 2014 and early March 2021.

The girl is now 13 years-old, while her younger sister is 11.

For the rape charge, it was framed under Section 376(1)(e) of the Penal Code, which provides an imprisonment for up to 20 years and whipping, if found guilty.

On the charge of committing sexual assault, the man was charged under Section 14(d) of the Sexual Offences Against Children Act 2017, which also provides an imprisonment for up to 20 years and whipping, if found guilty.

Deputy public prosecutor Aisyah Al Humayrah Kamaruzaman did not request for bail, saying that there were at least 10 more children who were made victims by the accused.

“If the accused is allowed bail, there is a possibility that he will intimidate them and they will refuse to appear to testify to the police,” she said.

Ashaari requested to be allowed bail, saying that his wife was unwell.

However, the court did not allow him bail and set July 29 for mention. — Bernama