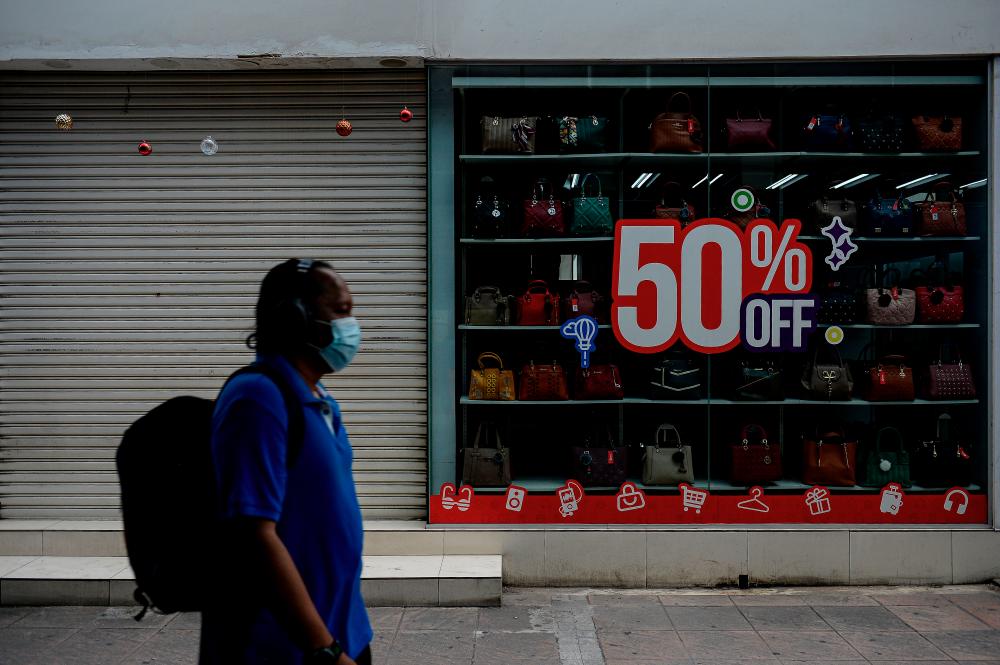 MUCH has been said about the need for micro and small-and-medium-sized enterprises to innovate by way of digitalisation of their business models and operations so that they can continue to thrive and leverage on opportunities as well as adapt to challenges brought about by the Covid-19 pandemic, which is unprecedented and here to stay.

Businesses have been encouraged to go online by adopting e-platforms, such as Lazada and Shopee, which are increasingly popular with consumers due to Covid-19 being a catalyst in pushing for a “low-touch economy”.

A low-touch economy is where there is reduced or no face-to-face contact at all between the consumer and merchant due to the public health imperative of minimising physical contact to ensure Covid-19 isn’t easily transmitted.

This is simultaneously combined with social or physical distancing as the more general and popular embodiment of what’s now the new norm.

The term, “low-touch economy” was initially highlighted by the chairman of the Malaysian Digital Economy Corporation (MDEC) in his article, “Getting in touch with the new ‘low touch’ economy” published in a daily, in reference to a report by the Board of Innovation, a global business design and innovation strategy firm.

For other businesses that can afford and are in a position to do so, apart from digitalisation, they are also encouraged to automate – which means introduce the artificial intelligence (AI) of internet of things (IoT), or AIoT, as well as robotics into the picture and not just using big data and predictive analytics and e-commerce software.

For conventional retail, changing consumer habits such as the increasing shift to online shopping and abrupt drop in shopper footfall since the imposition of the first movement control order (MCO 1.0) last year and the sporadic and intermittent outbreak of Covid-19 waves due to the emergence of new clusters precipitated by super-spreaders/super-spreader events, are testing the limits of their survival.

According to the Department of Statistics, Malaysia’s online retail sales went up by 28.9% by the second quarter of 2020 or Q2’20 (at the height of MCO 1.0) with the concomitant 36.6% drop in the total sales value for physical transactions.

With the continuation of the MCO in less stringent forms such as the conditional MCO and recovery MCO, the new norm is set to continue as consumers quickly adjust and adapt to it.

Now with the imposition of MCO 2.0, it is said that retail businesses have dropped by about 90%.

This is according to Bumiputera Retailers Organisation president Datuk Wira Ameer Ali Mydin, a prominent and experienced entrepreneur who’s the managing director (MD) of the popular Mydin halal hypermarket and retail chain.

Ameer Ali expressed the reality on the ground when he said “(that) the number of Covid-19 cases which has been increasing tremendously ... has affected consumers’ confidence”, as reported in a daily.

Now with MCO 2.0, “shopping traffic (can be expected to decline by) as much as 60% at most of the shopping and commercial centres”.

For Q3’20, the Malaysia Retailers Association (MRA) had projected the growth rate to be at -3.4%.

Another daily reported that for the first time in 22 years, Malaysia’s retail sales are seen “contracting by as much as 15.8% this year”.

This translates into a total value of retail sales to RM90.5 billion, which is a staggering RM21.9 billion less than the RM112.4 billion originally envisaged based on a 4.6% growth projection.

Tan, who was also quoted in the same news report, said “an estimated 51,000 stores, or 15% of the country’s total retail supply, are expected to cease operations between March 18, 2020, when the MCO was imposed, and January”.

There’s a need, therefore, to re-envision retail business to become more technologically sophisticated and savvy on the basis of Industry 4.0 (the Fourth Industrial Revolution) and Malaysia 5.0 (modelled after Society 5.0 of Japan) where advanced technology is seamless and holistically integrated into our way of life, moving beyond personal convenience and comfort to the new norms and, therefore, from digital transformation to human transformation.

Advanced technology in and of itself, when properly oriented under Malaysia 5.0, becomes the solution to society’s challenges and problems.

Among the digitalisation trends set to make a mark in Malaysia is the introduction of retail automation.

A leading pioneer, and mover and shaker in this regard is Aye Solutions Sdn Bhd whose founder, consultant-turned entrepreneur Lim Yee Yun, is very passionate about emulating the technological culture of Japan.

Retail automation refers to the introduction of AI and robotic processes in retail that conform to the principles of the low-touch economy.

As Lim articulates, “... in many ways, much of the enhancements so far have been focused on e-commerce infrastructure, store performance management system and omni-channel connections. Now, it is entering the next frontier – the automation of check-out services itself”.

In such an unmanned setting, retailers will be able to save costs in the long run, upskill their staff, and improve operations. And it can also play a part in reducing reliance on foreign labour.

Gone are the barcode-based self-scan checkout lanes which have been in place in Malaysia for some time now (including Tecso) that doesn’t do away with physical and manual supervision.

All customers need to do is “tap their credit or debit card at the autogate upon entry, load their shopping bags and walk out of the store” with impunity – all under a tracking system that deploys AI sensors and cameras driven by deep-learning software algorithms.

The tracking system is used to identify people, their poses and hand positions in 3D.

As such, a shopper can browse and simply pick up items from the shelves which are then automatically added to the retailer’s virtual copy of the shopper’s cart without any scanning or extra steps required.

Aye Solutions Sdn Bhd provides retail automation solutions that can be scaled to fit everything from kiosks to grocery stores. Location will be key for retailers as they plan to switch to automation.

One of the key sites for retail automation stores are in industrial areas either in conventional factory buildings or semi-detached buildings used for commercial purposes or unoccupied lands, but situated near highways and major routes as examples.

This in turn will transform urban design and architecture, and facilitate the concept of the “doughnut city” within the context of “doughnut economics” (as promoted by Kate Raworth) which simply means that the core urban areas become displaced by the periphery urban areas.

This in turn will contribute to the rebalancing of density dynamics, economic activities as well as socio-economic development.

Retail automation could well be one of the digitalisation trends that is set to revolutionise our society – in line with Malaysia 5.0 – in the future.

Be that as it may, physical retail businesses overall need not be left out, economically or technologically, by the advent of Covid-19.

They can still reposition by taking advantage of digitalisation opportunities, strategically “downsizing” (e.g., deciding which outlets to downsize or relocate) and refocusing their business models/operations that could well include automation.