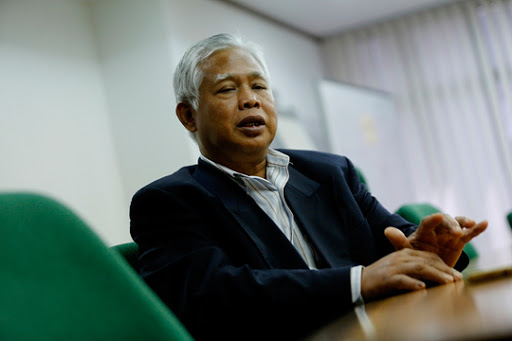 If that happens, it would be a record. Thus far, the highest rate of joblessness the country has ever recorded was 7.4% in 1986.

Data from the Statistics Department shows that the unemployment rate in March was 3.9%. That translates to 610,000 people being out of a job.

Malaysian Employers Federation (MEF) executive director Datuk Shamsuddin Bardan (pix) pointed out that the March figures were the result of only two weeks of restrictions of movement that required almost all businesses to stop operations.

Shamsuddin expects the unemployment rate to hit double digits by the end of the year if the MCO and conditional MCO remain in place.

“The number of unemployed people could easily hit one million and those just coming into the job market will find it hard to get a job,” he told theSun yesterday.

“Most employers are freezing their intake of new employees until they have determined the direction the economy will take.”

He said data from the Employment Insurance Scheme for March showed that 15,000 people had lost their jobs that month, and the figure could rise to 27,000 for April when the information is tabulated.

Shamsuddin said the wage supplement programme provided by the government only meets 17% of the wage bill the private sector incurs, which is RM4.9 billion of a RM27.5 billion bill.

He said one way for people to save their jobs is to either accept a pay cut or take unpaid leave to help alleviate the problems faced by their company.

Shamsuddin said the government must look into the needs of the private sector to help protect jobs.

Small and medium enterprises (SME) Association president Datuk Michael Kang is of the view that the number of unemployed people could easily touch two to three million.

“Factories are only running at 50% capacity and they have trouble exporting their goods as the world market is closed,” he said.

“Local consumption has not recovered as people are reluctant to spend their money.”

He said a company that employs 100 people could have only 50 working at any one time because of the need for social distancing.

“Even when companies are operating at full capacity, they may only need 70% of their staff.”

He expects the jobless rate to touch 30% but conceded that a clear picture would only be available towards the end of the year, adding that the number of jobless people could hit at least 800,000 for the month of April.

Kang said retrenchments might start in a big way if the economy fails to pick up.

He said they have given in too easily to employers whenever they claim they have no choice but to retrench employees.

Solomon claimed that even the director-general of the Labour Department had assured employers that they could go ahead and retrench people despite the government asking them not to do so.