Redefine Malaysian poor for aid to reach them, say experts 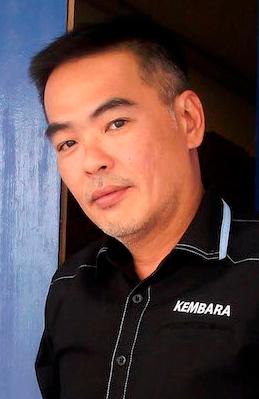 CHEAH ... I believe it is safe to say the actions taken may have missed the intended targets.

PETALING JAYA: Financial aid for those in dire need of it is probably not reaching them as the safety net that is in place does not cover them.

Hence, it is time to redefine the Malaysian poor, said two economists and a non-profit organisation.

Kembara Kitchen founder William Cheah said the poor need to be redefined first before discussing if initiatives have reached the intended target.

“The catastrophic events of the past couple of years have encompassed a larger group of people.

“I believe we need to factor in not just Malaysians in general when we talk about ‘urban poor’,” Cheah said.

He added that a large portion of the poor is made up of immigrants and refugees who mostly qualify under the group.

“Considering this, I believe it is safe to say that the actions taken may have missed the intended targets.”

Cheah said there is also a need to review certain aspects of the aid that was used to help those in need such as the withdrawals from the Employees Provident Fund (EPF).

“Although I believe it has helped those who needed the cash, it does not help those who are not EPF contributors.

“This is a problem that won’t go away easily. Even with all the assistance provided, many of them are just short-term solutions and do not address the fundamental issue, which is poverty.

“NGO have found that our recipients are repeated applicants, meaning their situation has not improved.

“We need to view this from an economic perspective that requires economic policies and actions that will have a long-term effect. Aid via social means is only a short-term solution,” he said.

Economist Tan Sri Ramon Navaratnam believes a review should be carried out to understand who are the poor in Malaysia before providing financial aid.

“Our system needs fixing so that there are fewer chances for poverty to breed. We need a major transformation in governmental policies too,” he told theSun.

Ramon added that if this is not addressed quickly, the rich would become richer while the poor continue to remain poor.

“We need to look at who are the poor in Malaysia so that these incentives may reach them and be of help to them.

“Corruption leads to poverty through poor economic growth or bad governance. The saving grace is that we still have good resources,” he said.

Academician Prof Dr Mohd Tajuddin Mohd Rasdi said the people must question how the government is managing the country’s finances.

He said the biggest concern about the financial management in the country now is that over 1.5 million civil servants who were not directly affected by the
Covid-19 pandemic, as their salaries, bonuses and allowances were untouched, could still qualify for more government aid such as Bantuan Keluarga Malaysia and Hari Raya special bonus.

“It feels like our ‘servants’ are doing better than us, their paymasters.

“They can afford to buy cars and yet the government exempted buyers from paying car purchase tax. How is that helping us, the rakyat?

“I suggest 50% of the evaluation of civil servants before they receive their salary increment or job promotions must come from the rakyat.”

Mohd Tajuddin, who is a professor of architecture at UCSI University, said if the evaluation of public servants is done by other public servants, it only makes the government institution an exclusive club that does not involve the people.

“When disaster hits, those first on the scene are non-governmental organisations mostly run by the rakyat while civil servants are waiting for further instructions.”