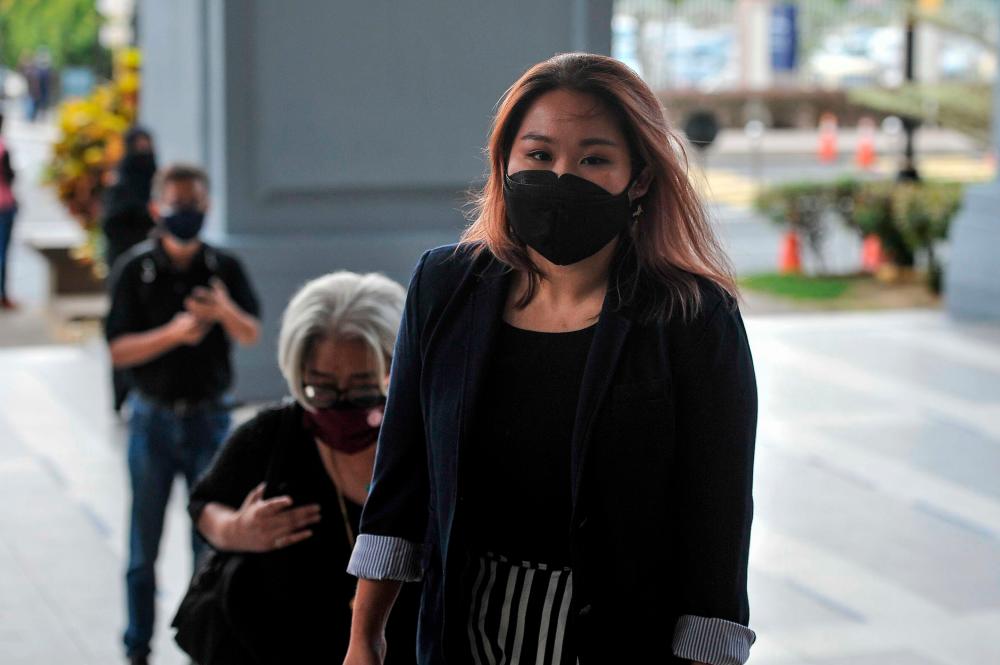 KUALA LUMPUR: The founder of a non-governmental organisation, Refuge for the Refugees, was charged in the Sessions Court here today with improper use of network facilities by initiating the transmission of offensive communications on refugees in the country through her Facebook.

However, Heidy Quah Gaik Li (pix), 27, who is a recipient of the Women of the Future award, pleaded not guilty to the charge before judge M. M. Edwin Paramjothy.

The woman was charged with knowingly making and initiating the transmission of offensive communications by claiming refugees at the Immigration detention centre were ill-treated with intent to annoy others via Facebook using the profile name ‘Heidy Quah’ at 5.30 am on June 5, 2020.

The charge was framed under Section 233 (1) (a) of the Communications and Multimedia Act 1998, which provides a maximum fine of RM50,000 or imprisonment for up to one year or both and a further fine of RM1,000 for each day the offence is continued after conviction, if convicted.

She was allowed bail of RM2,000 with one surety and the court set Sept 6 for mention.

Strong quake rattles island of Crete, some reports of damages