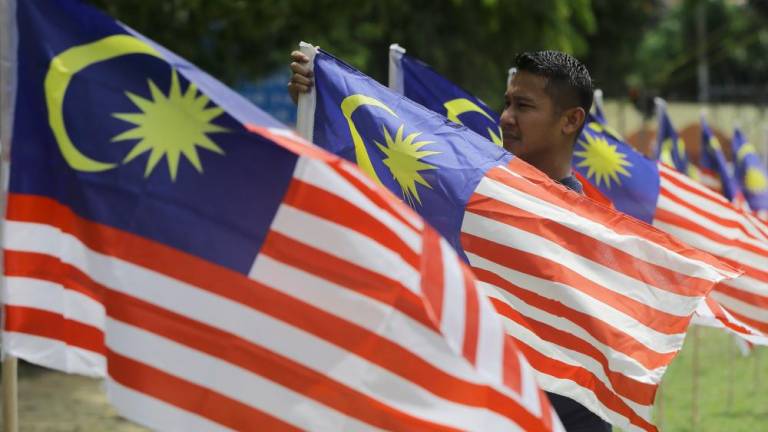 PETALING JAYA: Not standing for the national anthem does not show displeasure to the government, but only shows lack of respect for the country and rakyat.

This was the sentiment shared by several political analysts and historians following an incident where members of vocal pressure group Sarawak for Sarawakians (S4S) refused to stand for the national anthem at a fundraising event last week.

Universiti Malaysia Sarawak political analyst Assoc Prof Dr Jeniri Amir said regardless of any national or state anthem being played, it was only right that everyone stood up, and that it was unbecoming for a Malaysian not to do so.

“Even when a state anthem is played, you still stand. If you go to another country and their anthem plays, you have to stand up too.

“Not standing up and disrespecting our national anthem, it’s unheard of,” he told theSun yesterday.

Jeniri said such an offence deserved a hefty punishment, describing the current penalty of RM100 maximum fine or one month imprisonment under the National Anthem Act 1968 as “peanuts”.

“This is a very serious offence, and the government must review the Act. They should increase the fine by at least 10-fold to RM1,000 and prison term to one year,” he said.

Jeniri also questioned the group’s motive of claiming that Negaraku was the “Malaya’s” anthem introduced in 1957, and not that of the federation, with Sarawak only joining Malaysia later in 1963.

“Why are they questioning it now, over 55 years after the state joined Malaysia? If they had wanted it, they should have raised the issue before joining,” he said.

UiTM Sabah political scientist Mohd Rahezzal Shah Abdul Karim said there are many other ways for Malaysians to show their displeasure to the government, but disrespecting the national anthem was not one of them.

He said while he respected Sarawakians and Sabahans’ call for greater equality and fair treatment, those from the Borneo states should also respect the significance of Malaya achieving independence in 1957.

“What does Negaraku have anything to do with your protest? By not standing up, you are disrespecting Malaysia and Malaysians.”

Historian Professor Datuk Dr Ahmat Adam said individuals who disrespect the national anthem have no place in the country, describing it as a national crime.

He said Negaraku was already part of Malaysia’s rich history, and like it or not, every citizen has to respect the anthem.

S4S caused a stir last week when a video showing its members not standing during the national anthem went viral, with the group later saying it was a silent protest to show their dissatisfaction over unfulfilled promises to the state.

The police have since called up seven members for questioning, with investigations conducted under the National Anthem Act.