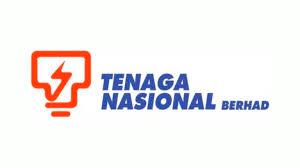 IPOH: The release of water from three dams in Perak which serve as the Sungai Perak power station operated by Tenaga Nasional Berhad (TNB) today was carried out due to the rising water following continuous rain in the catchment areas.

He said the release was carried out in a controlled manner, based on the standard operating procedures (SOP) set to ensure the safe water level of the dams could be maintained.

“TNB is working closely with local authorities and related agencies to ensure the controlled water release process is carried out based on the SOP for the sake of public safety,” he said in a statement here, today.

Meanwhile, Nor Azman said there was overflow of water from the Kenyir Dam, Terengganu into Sungai Terengganu, but it was still below the river capacity level.

He added that the water level at the Pergau Dam, Kelantan and the Temenggor Dam in Gerik, was below the water release point.

Nor Azman said apart from generating electricity, other important functions of TNB’s hydroelectric dams was to control the flow of water during continuous heavy rainfall.

“TNB assures that all the dams are in good condition and safe,” he said adding that prior to the release, the utility company had conducted a series of briefings and training at its hydroelectric stations as well as operations office to increase operational efficiency and readiness. -Bernama