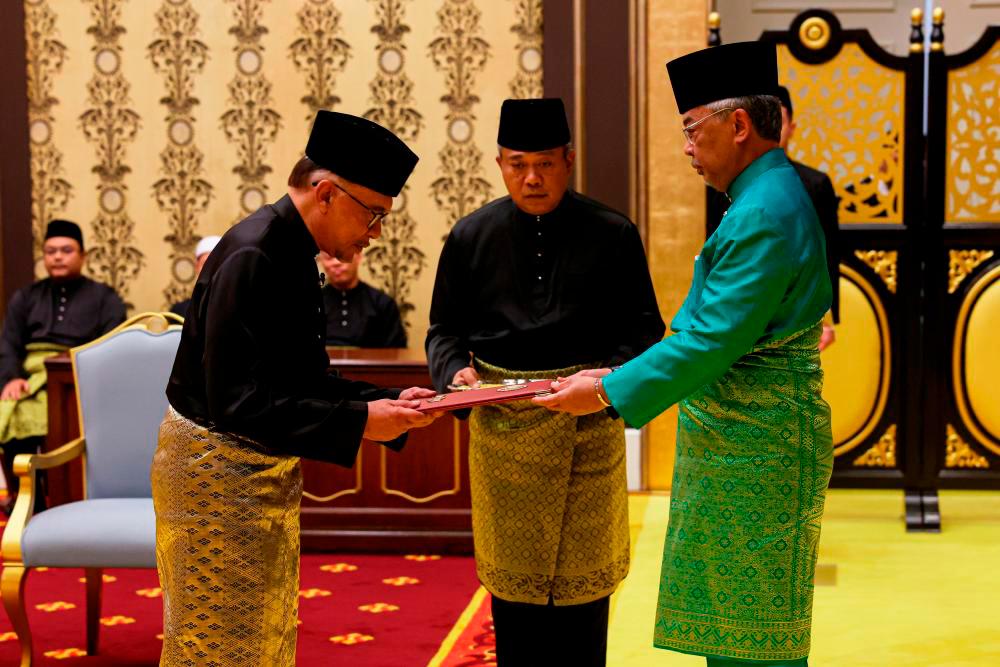 “Malaysia already has a prime minister and a Cabinet in the making, so why are there attempts to change this?” said Mohamed Arshad. – BERNAMAPIC

PETALING JAYA: Political parties and politicians must respect the decision of voters and stop any attempt to grab power after the Yang di-Pertuan Agong named Datuk Seri Anwar Ibrahim as the nation’s 10th prime minister.

Patriot president Brig-Jen (Rtd) Datuk Mohamed Arshad Raji said attempts by any party to change the government would be irresponsible as the voters have spoken.

He said politicians who hunger for power do not care for the country or people but only themselves.

“They are greedy people who are out to destroy the country. To put it in simple terms, I view such politicians as ‘traitors’ to the nation. They are defying the decision made by the King. I hope the rumours about another ‘Sheraton Move’ are untrue. I am puzzled by the actions of these politicians and am aghast that they think there is a need for another Sheraton Move,” he said.

Mohamed Arshad was giving his views on comments by DAP veteran Lim Kit Siang, who claims that PAS president Tan Sri Abdul Hadi Awang is trying to orchestrate another Sheraton Move to topple the unity government led by Anwar.

Lim also said Hadi had claimed he masterminded the Sheraton Move that toppled the Pakatan Harapan government in February 2020, after just 22 months in power, and that Hadi had said the first step in the Sheraton Move was the issue of ratification of the International Convention on the Elimination of All Forms of Racial Discrimination.

Mohamed Arshad said scheming politicians have no heart for the people, who are suffering due to the high cost of living.

“Malaysia already has a prime minister and a Cabinet in the making, so why are there attempts to change this,” said Mohamed Arshad.

The retired brigadier-general added that the actions of politicians plotting another Sheraton Move are wrong because they are putting themselves before the nation.

He pointed out that Malaysia already has a legitimate government even though the Cabinet has not been announced yet, so everyone should accept this fact.

He also said those opposed to the Anwar administration were unable to form the government as they did not have majority support and now, it seems they are trying to grab power via the back door.

Nusantara Academy for Strategic Research senior fellow Prof Azmi Hassan said Anwar should be safe come Dec 19 when a vote of confidence is called as he has the support of Barisan Nasional (BN), Warisan and the Borneo bloc.

He said there should not be any surprises during the tabling of the motion of confidence.

“The majority support Anwar enjoys may drop a little if BN is split into two camps, but the prime minister will be safe. Given the political turmoil the nation went through after the 14th general election (GE14), the current opposition should just remain as it is.

“Opposition parties should just let Anwar form his Cabinet and get on with the business of running the government.

“Calling for a vote of confidence on Dec 19 is too quick a timeframe to evaluate Anwar. The last four years should be a reminder to politicians that the people don’t want to go through that again.”

Azmi said the Constitution (Amendment) Act (No 3) 2022, better known as the anti-party hopping law, will not prevent another Sheraton Move. This is because a political party or parties will need to withdraw support and align itself with another coalition to bring down a government. A few individual members of parliament cannot do that under the Act.

He said some politicians have refused to accept the King’s decision on the appointment of Anwar as the prime minister and the formation of his unity government, as Perikatan Nasional (PN) believes it should have formed the government because, within the first few hours of the GE15 results, several BN MPs had supported it (PN).

“Until today, PN claims it should form the government. But the BN MPs pulled back their support because BN decided en bloc to support Pakatan Harapan (PH). PN is still unable to accept this.

Azmi added that the King appointed Anwar as prime minister because he believed the PH president, and not PN’s Tan Sri Muhyiddin Yassin, had the majority support in Parliament.