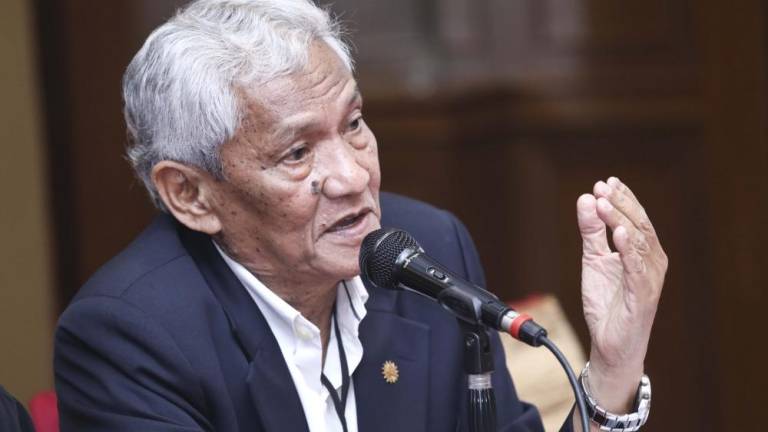 PETALING JAYA: The National Patriot Association (Patriot) wants all irregularities involving the Armed Forces Fund Board (LTAT) to be made public after the board declared its lowest-ever dividend of 2% on Monday.

Patriot president Brig Gen (Rtd) Datuk Mohamed Arshad Raji noted that LTAT’s auditor, Ernst & Young, had found several irregularities and weaknesses with the board between Dec 31, 2017 and Dec 31, 2018 when it conducted the audit.

Among the key findings were that LTAT had been overpaying dividends from 2014 to 2018 and the overstatement of the board’s assets between 2015 and 2017.

LTAT chairman General Tan Sri Dr. Mohd Zahidi Zainuddin had also said the steep drop in dividend compared with previous years was due to alleged discrepancies within the board, including the overpayments made under the Barisan Nasional administration.

“Patriot urges that all irregularities as discovered by the auditor be made known publicly so that depositors and investors may regain confidence in LTAT.

“Should there be abuse or conflict of interest in the financial management by any member of the previous board, then appropriate charges be pressed on the offenders,” Mohamed Arshad said in a statement today.

He also urged all politicians to stop politicising LTAT’s financial management until a thorough investigation is carried out and a final report be concluded.

On Monday, Mohd Zahidi announced a record low 2% dividend rate from LTAT’s net profit of RM221 million for the financial year 2018, which marked a substantial decrease of 51.9% compared with the RM459.5 million net profit the year before.

Defence Minister Mohamad Sabu had also said he might lodge a police report to facilitate alleged wrongdoings by LTAT officers, and promised to table the financial irregularities in Parliament when it reconvenes next week.

Najib has said the government was embarrassed to reveal the real reason behind the low dividend, while Hishammuddin criticised the administration over the delay in the dividend announcement.

However, Mohamed Arshad took a swipe at Umno duo for “having the gall to criticise the current government for LTAT’s poor performance”, claiming that the problem was theirs in the making.