Right move for Anwar to call for vote of confidence 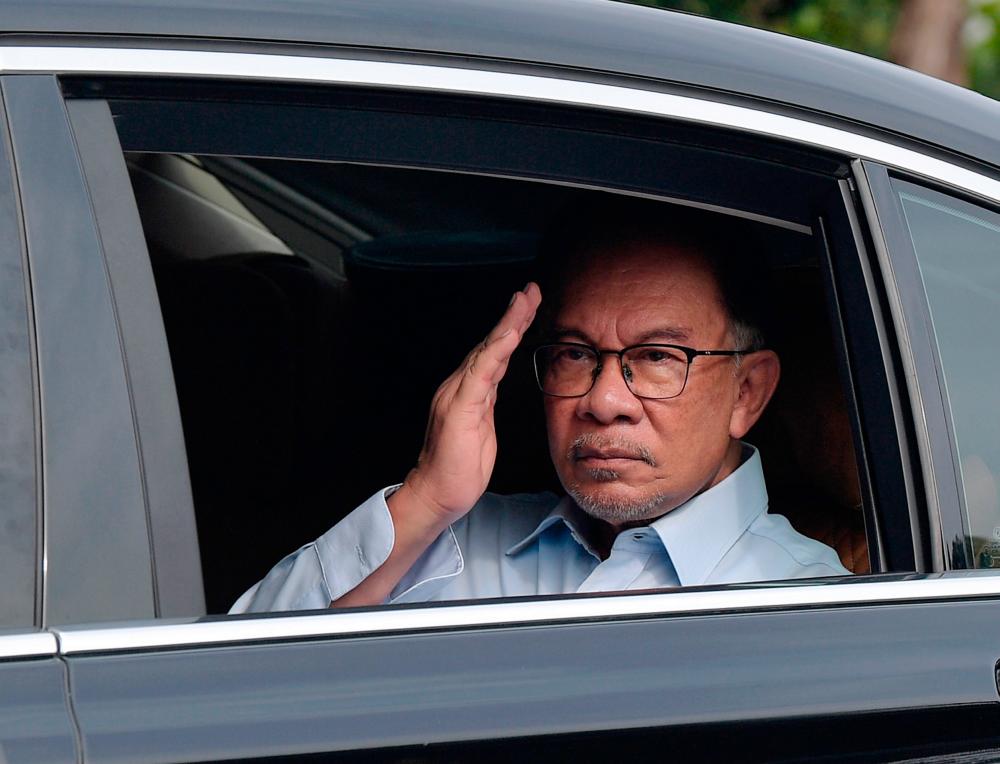 A vote of confidence is the best thing Anwar can do to show he has majority support in Parliament. – Bernamapic

PETALING JAYA: The decision by Prime Minister Datuk Seri Anwar Ibrahim to call a vote of confidence in Parliament on Dec 19 is the best way to prove he has the majority to lead the Pakatan Harapan (PH) unity government.

National Council of Professors senior fellow Dr Jeniri Amir said a vote of confidence is the best thing Anwar could do to show he has support.

He said Perikatan Nasional (PN) chairman Tan Sri Muhyiddin Yassin has continued to take potshots at Anwar by claiming he does not have the support of enough MPs to form the federal government.

“Muhyiddin has continued to claim he has the majority support in Parliament and not Anwar. To settle the matter, Anwar made the wise choice of calling for a vote of confidence.

“He is taking the bull by the horns to end the issue. Anwar will be able to show he has the support of more than 130 MPs, which will end any speculation over his prime ministership.”

Jeniri said only a person such as Anwar, who has shown he has the confidence and support of the majority of MPs, will be able to win such a vote.

He added that a win in Parliament will give Anwar peace of mind and allow him to implement his plans for the country without any aspersions or doubts cast on him.

The win will also bring to an end Muhyiddin’s attacks on him, and show the public and foreign investors the support Anwar has, Jeniri said.

“Calling for a vote of confidence is the best way forward for Anwar and the nation. It will end all questions about Anwar’s legitimacy as prime minister.”

Nusantara Academy for Strategic Research senior fellow Prof Dr Azmi Hassan said it is a good idea for Anwar to call for a vote of confidence, adding that Anwar knows he has the support of the majority of MPs.

“Anwar has to stop the constant attacks on him by PN leaders, especially Muhyiddin and PAS president Datuk Seri Abdul Hadi Awang.

“They believe the statutory declarations signed by 10 Barisan Nasional (BN) MPs to them show Anwar does not have the support of the majority. They are also hoping that come Dec 19, all 30 BN MPs will throw their support behind PN and not Anwar.”

Azmi said PN is hoping it can lure BN MPs to support it, but any change of heart by BN MPs will not give PN a majority in Parliament.

They may get the support of Sabah-based GRS, but that will not be enough.

“PN’s attempt to jostle for power will not lead the nation anywhere. We may end up in the same scenario as after the 14th general election,” Azmi said, adding that Malaysia cannot afford to return to the old ways.

“PN should move on and let Anwar govern instead of constantly attacking him. It should put the interest of the nation first, not itself or its leaders. Some politicians just want to be in power and form the government by any means, and that is wrong.”

Azmi said the spirit of the anti-hopping law makes statutory declarations invalid and any decision by a political party should be made together by all MPs, adding that at the end of the day, Anwar has made the right call on the vote of confidence because he knows he has the support of most MPs.