Ringgit pares earlier losses to end higher against US Dollar 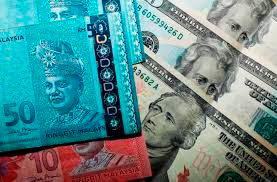 KUALA LUMPUR: The ringgit pared earlier losses to end higher against the US dollar today despite the better performance of the greenback.

The US dollar extended yesterday’s gains against most major rivals, as traders pinned hopes that the Covid-19 immunisation coupled with more monetary stimulus would revive economies in the second half of the year, dealers said.

Commenting on the ringgit performance, Axi chief global market strategist Stephen Innes said the local currency closed favourably, supported by stable and higher oil prices along with the bullish outlook for commodity prices on the back of the ‘blue wave’ stimulus which is supporting risk assets.

Bank Islam Malaysia Bhd chief economist Mohd Afzanizam Abdul Rashid said the US dollar appears to be gaining some strength today with the US dollar index (DXY) rising to 90.065.

“The incidence in the Capitol Hill has led to further calls for removal of the current sitting President, Donald Trump. At the same time, the incoming new President Joe Biden is expected to be more generous with respect to fiscal stimulus, thereby giving hope that it could provide further boost to the economy,” he said.

On the other hand, he noted worries over the rise in Covid-19 infections would also continue to shape market sentiments, amid potential reintroduction of the movement control order (MCO) to curb the pandemic spread to ensure the country’s health capacity would not go bust.

“As such, we expect cautious trading on the ringgit against US dollar pair in the immediate term,” he told Bernama.

Meanwhile, the ringgit was also traded higher against other major currencies.