Ringgit retreats to end lower against US Dollar 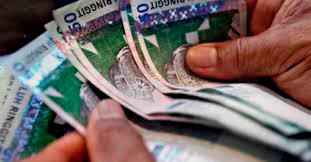 KUALA LUMPUR: The ringgit retreated from yesterday’s gains to end lower against the US dollar today on technical correction, as the greenback edged higher on safe-haven buying after Democrats seized control of the US Senate.

However, the Democrat-controlled Senate was generally perceived to be positive for economic growth globally and riskier assets but negative for the US dollar, dealers said.

FXTM market analyst Han Tan said the ringgit fell alongside most other Asian currencies on Thursday, as the US dollar enjoyed some reprieve.

“Although the US dollar/ringgit pair did not sustain its sub-4.00 presence seen earlier in the week, the overall downtrend for the currency pair remains intact.

“The greenback is expected to continue exploring more of its downside in the aftermath of the so-called “Blue Wave” (Democrats), which should allow Asian currencies to pursue multi-year highs,” he told Bernama.

The ringgit was also traded lower against other major currencies.