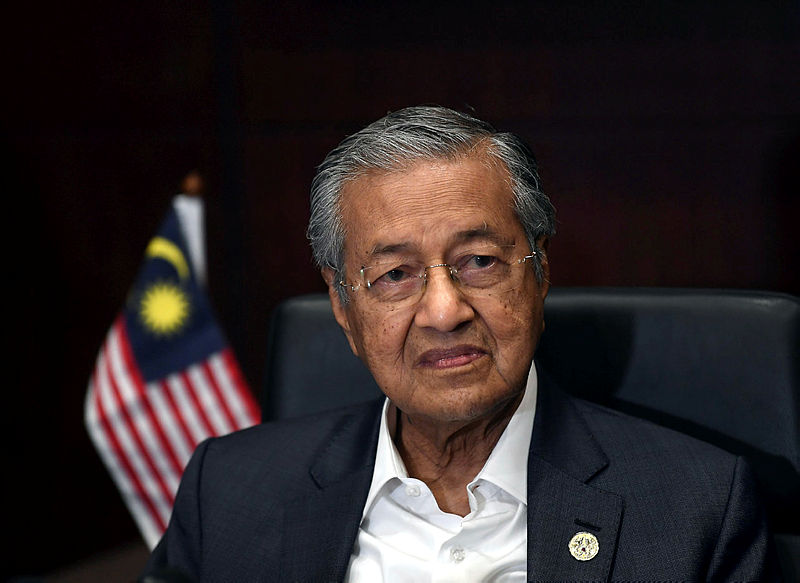 KUALA LUMPUR: Prime Minister Tun Dr Mahathir Mohamad (pix) has condemned the riots at the Sri Maha Mariamman, Seafield, USJ25, Subang Jaya and said there are clear criminal elements in the attacks and the element of racial riots does not exist.

He said that he has had briefings from the police and it is very clear that the first attack on the temple when more than 100 armed thugs barged into the premises and went on the offensive against a small group of devotees guarding the place was done by criminals.

“It is very clear that there are criminal elements involved in this incident. This also is evident in the incidents where a policeman was injured and property damaged,“ said Mahathir in a statement.

He said that allegations that this was a racial and religious riot is false even if it involves the relocation of the temple.

“There is no racial or religious issue involved here,“ he said.

“Because there are criminal elements, the police have been instructed to take swift action to control and handle the situation immediately,“ he said.

He said the government regrets the actions of these criminals that caused the riots in the temple which resulted in a firefighter getting beaten and severely injured.

“Criminals involved in rioting and injuring security and rescue personnel including public property damage will be subjected to strict action in accordance with existing laws,“ he said.

“As for the mastermind behind this incident, they will not escape punishment either,“ he said.

He also warned members of the public not to listen to or spread rumours on social media.