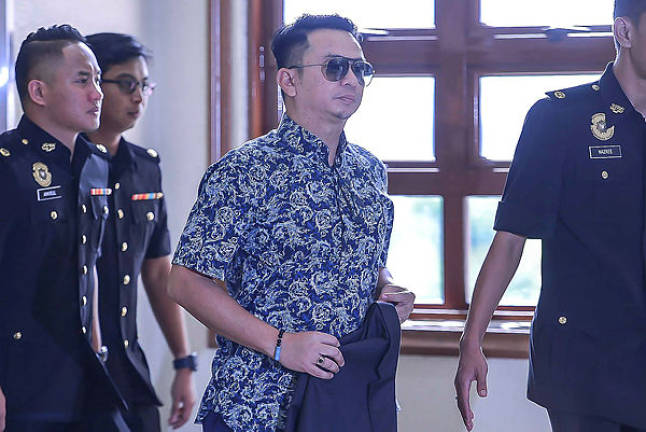 This was revealed by deputy public prosecutor Ahmad Akram Gharib when Rizal was called to be identified by ninth prosecution witness, businessman Datuk Ahmed Farriq Zainul Abidin, who is testifying in a corruption trial involving the former prime minister’s wife.

Rizal was seen entering through the staff door located at the front of the court room, instead of the normal assess door for witnesses, which raised the eyebrows of Rosmah’s counsel, Datuk Jagjit Singh.

Jagjit Singh raised the matter to Judge Mohamed Zaini Mazlan, saying it did not give a good image to the court.

Judge Mohamed Zaini agreed, saying, “the perception is quite bad”.

Ahmad Akram then told the court that Rizal is under a witness protection programme and was escorted by police officers, which explained why he entered the court room through a different door.

“What arrangement that they made, I do not know because he (Rizal) was not here just now, but we will make sure this will never happen again,” he said.

Last Jan 8, the court acquitted and discharged Rizal on four charges of soliciting and receiving bribes on behalf of Rosmah over a solar hybrid project for rural schools in Sarawak after the prosecution withdrew all the charges against him.

Rosmah, 68, has claimed trial to a charge of soliciting RM187.5 million and two counts of receiving a bribe of RM6.5 million from Jepak Holdings Sdn Bhd managing director Saidi Abang Samsudin, through Rizal, in exchange for helping Jepak Holdings obtain a RM1.25 billion project to provide solar energy to 369 rural schools in Sarawak.