RM500 million a year from exports to China 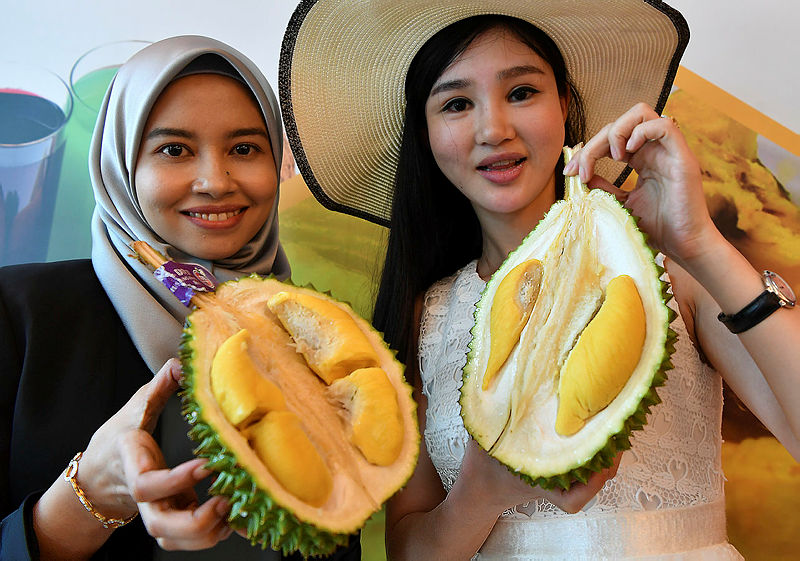 Nur Alifah Najwa Ramli from Beho Fresh with He Yuhan from Yechen, a China company, showing choice durian at the launch yesterday. — Bernama

PUTRAJAYA: Malaysia is expected to generate RM500 million a year from the export of frozen durian to China.

About 1,000 tonnes of premier durian, such as Musang King (D197) and Black Thorn (D200), will be exported monthly to the country, Agriculture and Agro-based Industry Minister Datuk Salahuddin Ayub said at the launch of the first export of frozen durian to China yesterday.

“The export of frozen durian are expected to reach RM500 million a year.”

Salahuddin said permission to export whole frozen durian was given to the first group of five companies that met the standard operating procedure, that are stringent.

“Those companies are Exofruits Industry, JL Food Industries, PHG Ever Fresh Food, Top Fruits and KAMI Food Services. The ministry hopes that more companies will get export approval in the near future,” he added.

He urged interested companies to consult and register with the Department of Agriculture.

Salahuddin said Malaysia’s efforts to penetrate the Chinese market was initiated in 2007. As a result of negotiations between both countries, Malaysia begun exporting frozen durian in pulp and paste form in May 2011.

He believed there will be overwhelming response for durian from the 1.4 billion China population.