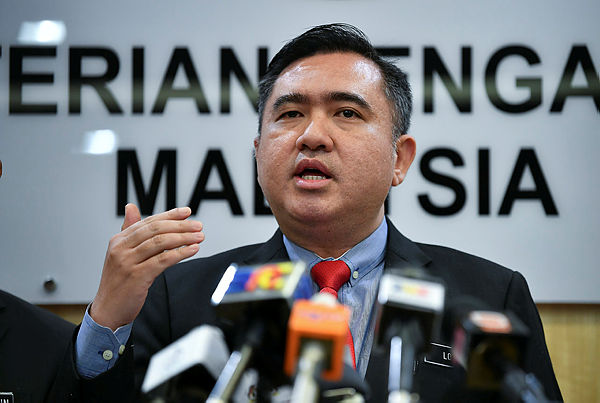 KUALA LUMPUR: In Malaysia, road fatality is the leading cause of death among those aged 15 to 40, the Dewan Rakyat was told today.

Transport Minister Anthony Loke (pix) said this was based on data obtained from the Statistics Department, but he did not provide figures.

He said police data showed that those aged 16 to 30 were most involved in road accidents that led to death, compared with any other age groups, with an average mortality rate of 2,600 each year from 2016 to 2018.

Loke said that in 2017, a total of 72% of road fatalities involved motorcyclists or pillion riders.

The minister was responding to questions from Fahmi Fadzil (PH-Lembah Pantai) on the number of youth aged below 30 who were killed on the road from 2016 to 2018 and if it was true that road fatalities were the leading cause of death among the youth.

He pointed out that a “My Safe Road” initiative had also been introduced recently focusing on districts with high road fatalities, while there has been a “Commuting Support Safety Programme” since 2017, prioritising workers who travel by motorcycles to work.

To a supplementary question, Loke said more motorcycle lanes might be introduced in the near future in the government’s attempt to reduce accidents involving the two-wheeled vehicles.

“This will cost the government a lot of money, but this plan has been submitted for inclusion in the 12th Malaysian Plan,” he said.

“We hope to create more dedicated lanes for motorcycles, especially in hotspots such as districts with high accident rates,” he said.

This was in response to a question from Datuk Seri Fadillah Yusof (GPS-Petra Jaya) on whether the ministry planned to ban all lower-powered motorcycles on highways, and if the government intended to stop the sales of such vehicles in the country.

Loke said there was no plan at the moment to ban the use of lower-powered motorbikes, saying such a move was impractical as is would affect over 10 million Malaysians.

Socso's song Sifar comes out tops at IMFP in Canada

3.Socso's song Sifar comes out tops at IMFP in Canada