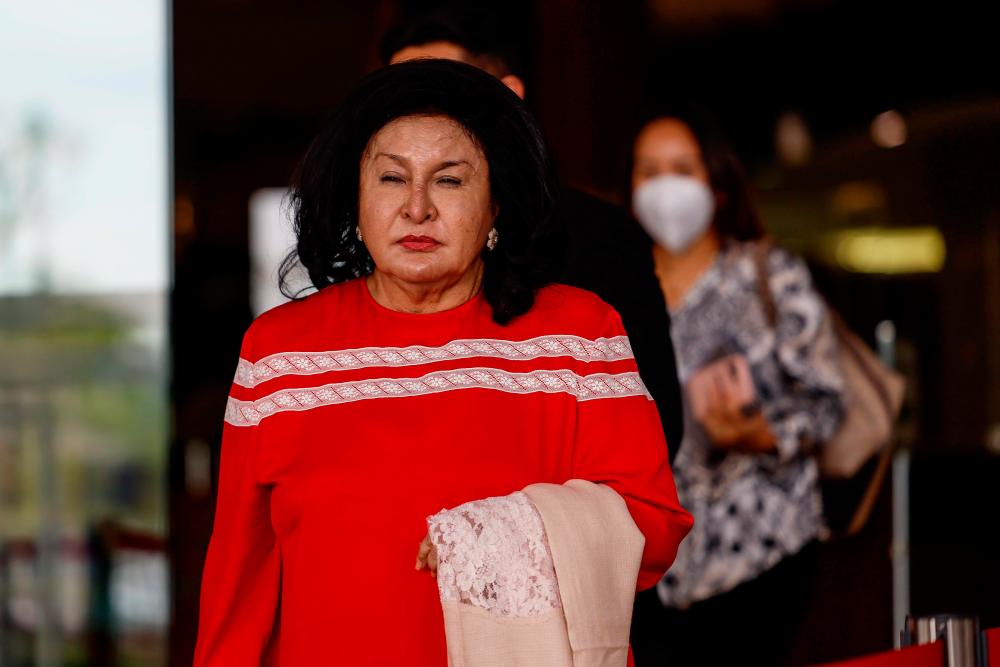 However, Judge Mohamed Zaini said the hearing dates will depend on Rosmah’s appeal at the Court of Appeal which has fixed Dec 23 for case management.

The wife of former prime minister Datuk Seri Najib Razak is appealing to remove Judge Mohamed Zaini who had dismissed Rosmah’s first application on Dec 14, 2021, and her second bid on April 25 this year, from presiding over her case.

Earlier, Poh informed the court that the prosecution will call 15 witnesses.

On Nov 29, Judge Mohamed Zaini reminded the defence team to give priority to the case as it has been pending after four years since Rosmah was charged on Oct 4, 2018.

Rosmah, 70, is facing 12 money laundering charges, involving RM7,097,750, and five counts of failure to declare her income to the Inland Revenue Board.

On Sept 1, Judge Mohamed Zaini found Rosmah guilty of three charges of corruption related to the solar hybrid project worth RM1.25 billion for 369 rural schools in Sarawak and sentenced her to 10 years in prison and imposed a fine of RM970 million.

The court also ordered Rosmah to be imprisoned for 30 years if she failed to pay the fine. - Bernama