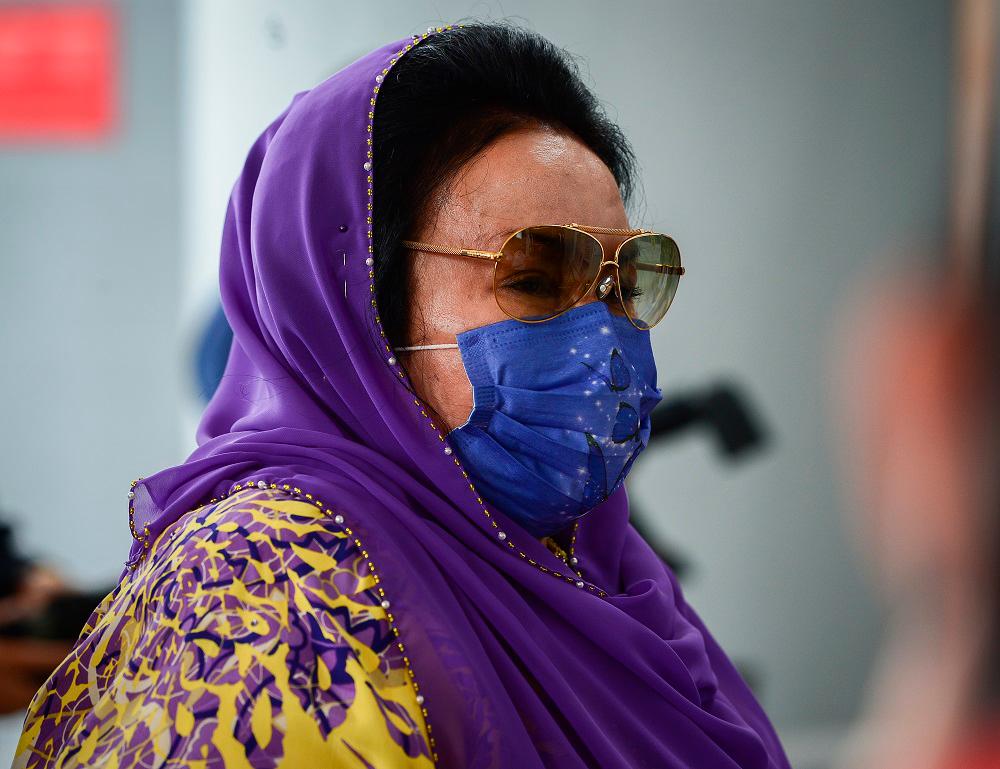 PETALING JAYA: The Court of Appeal today ordered Datin Seri Rosmah Mansor (pix) to appear in court next Monday for a hearing of her bid to nullify her graft trial and remove Datuk Seri Gopal Sri Ram as the lead prosecutor, Malay Mail reports.

Datuk Hanipah Farikullah, who was chairing a three-judge panel at the Court of Appeal, reportedly said the panel has decided not to issue an arrest warrant for Rosmah over her failure to attend today’s court proceedings.

Hanipah had said the panel also noted the explanation of Rosmah’s lawyer, Datuk Jagjit Singh, that her absence was due to his oversight and that she will be given the opportunity to appear in the Court of Appeal on Monday at 9am.

According to Free Malaysia Today, Sri Ram had asked the Court of Appeal to issue a warrant of arrest and to revoke Rosmah’s bail, over her failure to comply with a High Court order dated October 15.

On October 15, the High Court had allowed Rosmah’s application for her passport to be temporarily released to her from October 15 until December 6 to allow her to travel to Singapore, but laid the strict conditions for Rosmah to only leave for Singapore from October 22 and stressing that she must return to Malaysia by November 21.