Ruling parties do not get much support in by-elections: Mahathir 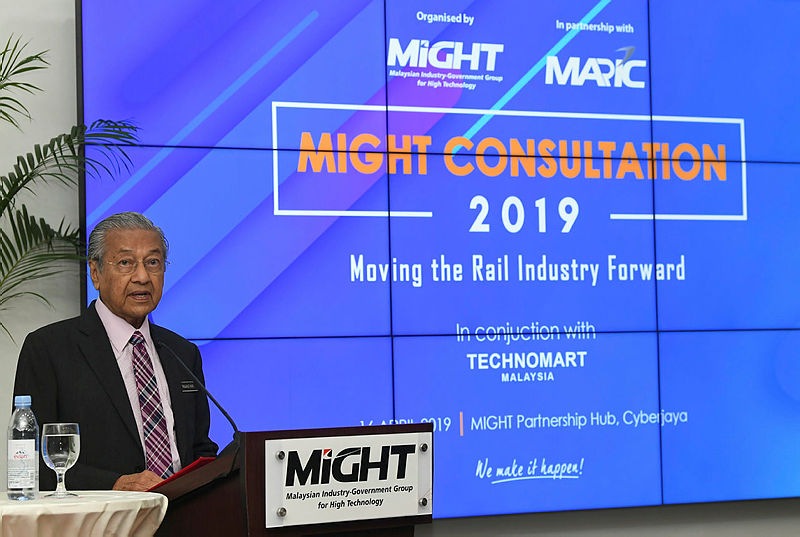 CYBERJAYA: Prime Minister Tun Dr Mahathir Mohamad (pix) said today most ruling parties do not get a lot of support during by-elections because there will be no change in the government following these polls.

Commenting on the Pakatan Harapan (PH) defeat in the Rantau state by-election over the weekend, Mahathir, who is also PH chairman, said whatever happened in the election, the government is still PH.

“Whether the government (ruling) party wins or not, the government remains the same,“ he told reporters after delivering a speech at the Technomart Rail 2019 showcase.

The two other candidates were independents, namely housewife R. Malarvizhi, 51, and former lecturer Mohd Nor Yassin, 67.

Mohamad, who is the former mentri besar of Negri Sembilan has held the seat since 2004.

On Tun Daim Zainuddin’s recent statement that the PH government is expected to deliver the promises made in the 14th General Election in six months, Mahathir said the government faces a lot of problems.

“We don’t have the money. Money has been stolen. That’s our problem. You want to do anything ... the money is not available,“ he said.

Daim, who is chairman of the Council of Eminent Persons, said yesterday he expects the people to return to supporting the government once it delivers on its promises, especially by paying more attention to the economy. — Bernama