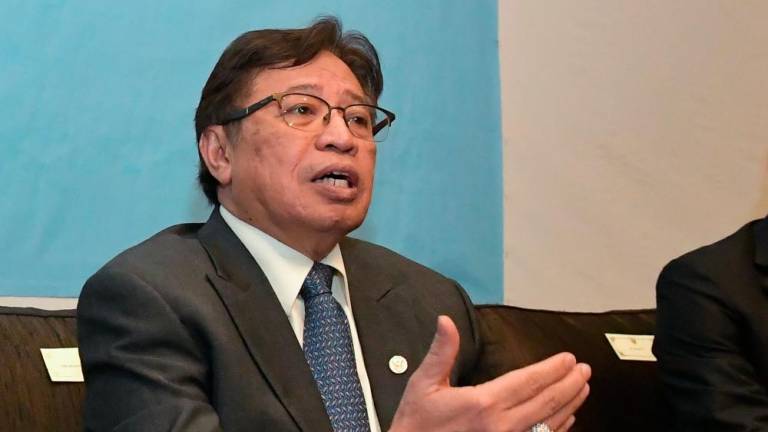 MIRI: Sarawak Chief Minister Datuk Patinggi Abang Johari Tun Openg (pix) was non-committal when asked on the possibility of the state election being held simultaneously with general elections should the latest political developments lead to the dissolution of Parliament.

He said a decision on the dissolution of the state assembly would be made at the right time.

“We will cross (it) when we reach the bridge,” he told a press conference after attending the Majlis Amanat Perdana Integriti, here today.

Abang Johari is also the chairman of Gabungan Parti Sarawak (GPS), a coalition of four Sarawak-based parties which are ruling the state.

GPS was formed on June 12, 2018 after the parties involved decided to leave the Barisan Nasional (BN) following the 14th general election, which saw BN losing federal power for the first time since its establishment in 1973.

In the last state election in 2016, the parties, which contested under the BN symbol, won 72 of the 82 seats but its representation was reduced to 68 last year after four assemblymen led by former state Finance Minister II Datuk Seri Wong Soon Koh left the coalition and formed Parti Sarawak Bersatu (PSB).

The current term of the State Legislative Assembly is due to expire in June 2021 but political observers speculate that the state election could be called as early as June this year.

Meanwhile, when commenting on a statement made by GPS secretary-general Datuk Alexander Nanta Linggi yesterday pledging their support for Tun Dr Mahathir Mohamad to continue as the prime minister, Abang Johari said it was made for the sake of national interests.

“Tun Mahathir is there and (Yang di-Pertuan) Agong (Al-Sultan Abdullah Ri’ayatuddin Al-Mustafa Billah Shah) had appointed him as the interim Prime Minister. You must not create chaos in the country; it is stability which is important and the rakyat must come first so that the country is stable,” he added. - Bernama