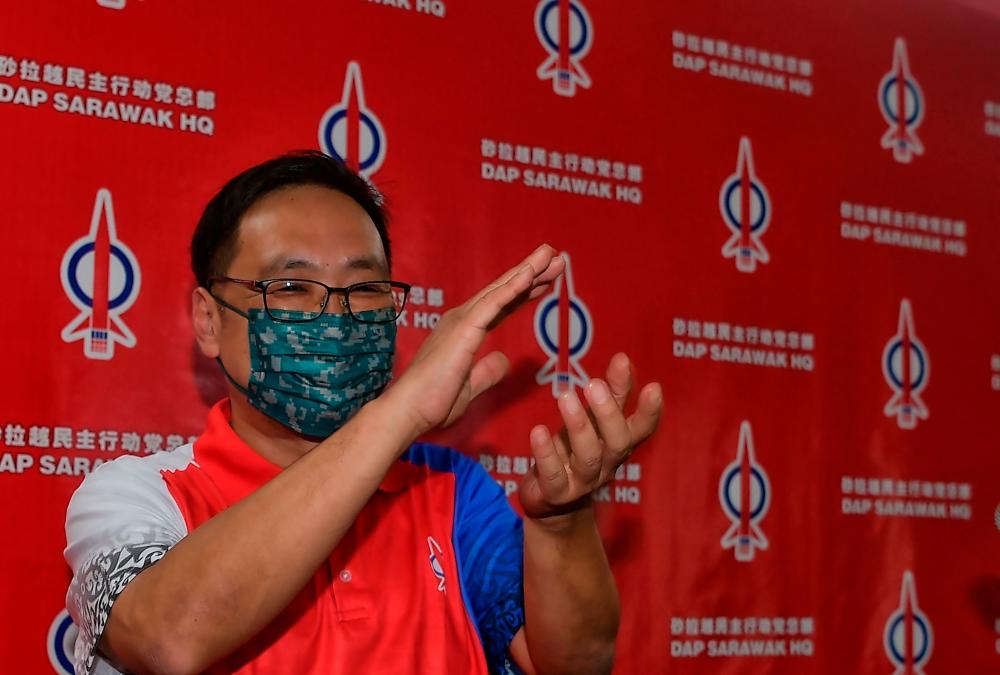 KUCHING: Bandar Kuching Member of Parliament Dr Kelvin Yii Lee Wuen has been named as the DAP candidate for the Batu Kawah seat in the 12th Sarawak state election.

The matter was announced by Sarawak DAP chairman Chong Chieng Jen who also said that he would not be defending the Kota Sentosa seat in the election, but would instead contest in Padungan.

Chong said Abdul Aziz Isa Marindo, who lost in Batu Kitang in the last state election, would once again contest in the constituency, while Leslie Ting Xiang Zhi would contest in Stakan.

Asked about DAP candidates for the Bawang Assan and Dudong seats, Chong said the announcement would be made in Sibu tomorrow.

Prior to this, Sarawak DAP had already announced the names of 18 of its 26 candidates for the state election.

The Election Commission has set Dec 6 for nomination, with early voting to take place on Dec 14 and polling day on Dec 18.-Bernama