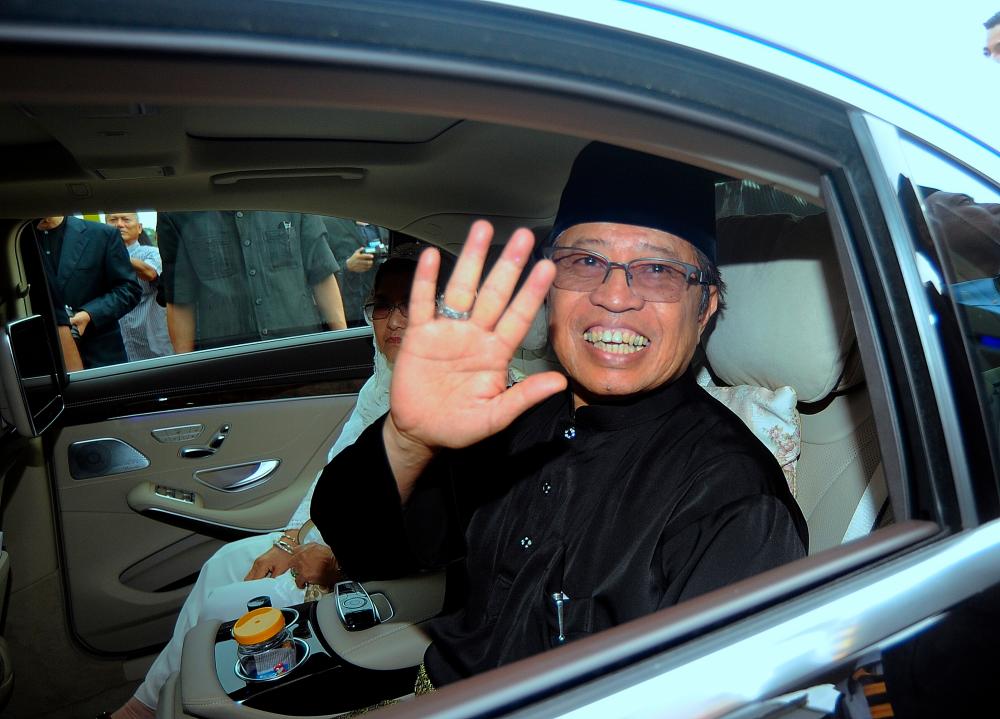 KUCHING: The struggle of the people of Sarawak to regain their rights under the 1963 Malaysia Agreement (MA63) which has eroded over the years is not solely in the interest of the state, said Sarawak Chief Minister Datuk Patinggi Abang Johari Tun Openg. (pix)

He said the greater purpose and intention of the struggle was to further strengthen the identity of the people of the state as part of the Malaysian Family.

Speaking at the Malaysian Family Launching Ceremony officiated by Ismail Sabri here, tonight, Abang Johari said the Prime Minister’s agreement to amend the Federal Constitution was in line with the spirit of MA63 and the privileges accorded to Sarawak and Sabah.

“This is a very good start to listen to and consider the requests of our Malaysian family members from Sarawak and Sabah,“ he said.

Abang Johari said the Federal Government had implemented various development programmes in Sarawak, including the Pan Borneo Highway project, but what had been implemented so far might not be enough to ensure that Sarawak could catch up with the level of development in the Peninsula.

“As the Head of Government of Sarawak, I see that different methods should be planned to raise the economic status of Sarawak because the economic fundamentals of this state are quite different from those in the Peninsula,“ he said.

He hoped that the Malaysian Family approach could look into the differences and plan development policies that are appropriate to the situation in Sarawak and Sabah, so that these regions could develop faster in the same vein as the Peninsula.

“I consider (the concept of the Malaysian Family) a sincere desire of the Prime Minister to see all Malaysians continue to be united as one big family for the progress of the country, and as a powerful weapon in facing the challenges of the present and the future,“ he added.