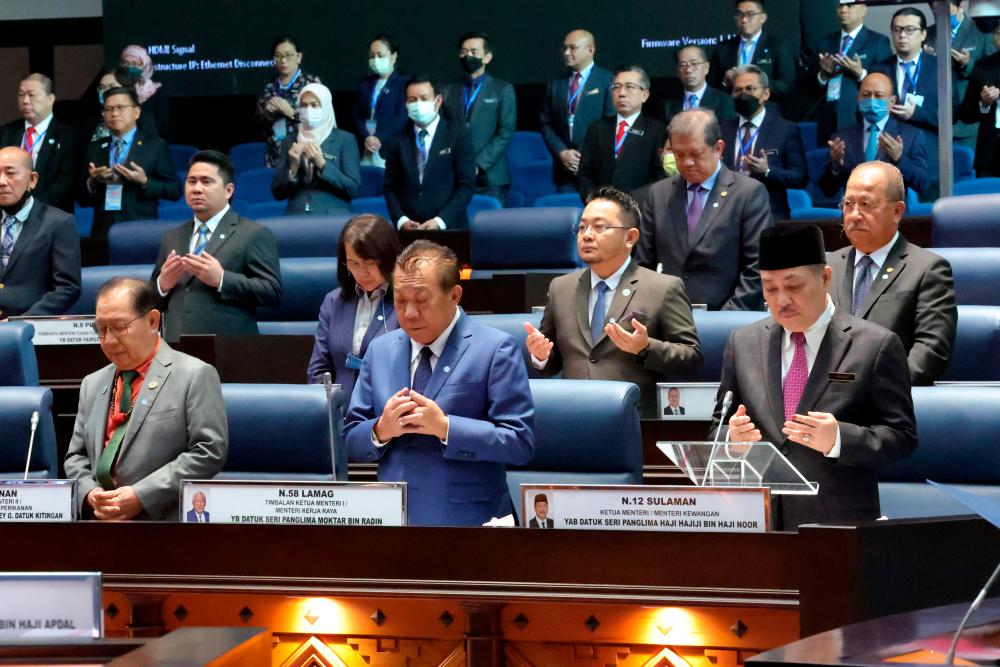 “We (GRS-BN) have three more years to govern Sabah. We don’t want (matters) to be overly politicised or our plans disrupted because for us it is in the interests of the people and the state,“ the GRS chairman told reporters after tabling the state Budget 2023 at the Sabah Legislative Assembly here today.

Deputy Chief Minister Datuk Seri Bung Moktar Radin, meanwhile, said the state government wants the concept of a unity government to be practised in the state so that its people can enjoy economic prosperity and equal development.

Bung Moktar, who is also Sabah BN chairman, welcomes any party in the state to join the unity government in an effort to ensure the prosperity of the country’s administration which he added will drive economic recovery and protect the people’s interests.

As for Sabah Pakatan Harapan (PH) chairman Datuk Christina Liew, GRS’ willingness to join and support the formation of a unity government is seen as the best step for the development and benefit of the people of Sabah.

Liew said PH would wait for a meeting with GRS leaders to discuss various related matters that could be worked together.

Parti Warisan (Warisan) president Datuk Seri Mohd Shafie Afdal, meanwhile is confident that the unity government is a stable one capable of restoring the country’s economy.

On talks that he will be offered a senior position in the Cabinet, Mohd Shafie denied knowing anything about the matter but said: “I will meet Prime Minister Datuk Seri Anwar Ibrahim in the near future for discussions.”

Anwar, in a press conference on the first day of official duty in Putrajaya today said the unity government under his leadership has achieved a two-thirds majority with the latest participation by GRS. - Bernama