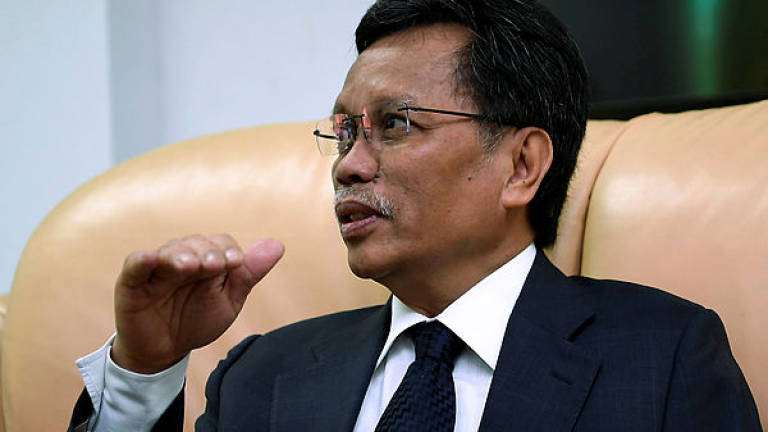 KOTA KINABALU: The Sabah government has reiterated its commitment to resolving issues of citizenship and documentation faced by many ethnic groups in the state, especially in the rural areas.

Chief Minister Datuk Seri Mohd Shafie Apdal (pix) said today that in most of these cases the children were not registered at the right time, causing them problems of getting enrolled in schools.

“There could be thousands of children from the ethnic groups of Kadazan, Dusun, Murut and Rungus, the people of Lundayeh who stay in Long Pasia or those on the east coast of Sabah where parents failed to register their newborn children.

“I have instructed the relevant agencies, non-governmental organisations (NGOs) and Parti Warisan Sabah branches to assist,“ he said at the 9th National Conference on Non-Discrimination themed ‘New Malaysia: Achieving Unity in a Plural Society’ here.

His speech was read out by Sabah State Secretary Datuk Hashim Paijan.

Mohd Shafie said according to Gabungan NGOs Negeri Sabah, there are about 60,000 individuals in Sabah without valid self-identification documents in spite of their Sabah origins.

He said the Sabah government would fulfil its commitment to grant citizenship to every undocumented child whose birthplace is Sabah to ensure the future of these kids will be stable.

He noted that Sabahans were indeed worried about the possibility of illegal foreigners, known locally as PTI, outnumbering them in the future and seizing their economic power and land rights.

“This has led Sabahans to develop those fears into xenophobia. As a result, discrimination arising from this xenophobia of the PTI has become rampant. The people are often played to the sentiments of nationality or citizenship to divide and rule them. This can be observed in the rural areas, at its worst.

“It is extremely important to understand the root cause of this issue, including the reason behind PTI illegal migration into Sabah,“ he said, adding that by understanding factors revolving around the phenomenon, not only xenophobia but also social hollowness might be reduced significantly.

Mohd Shafie urged all parties including NGOs and local leaders to stop playing on such sentiments and instead to unite to find proper solutions to make Sabah a better and much respected state.

He said Sabahans should have the wisdom and ability not to fall prey to racial issues raised by irresponsible parties out to gain support from the people.

“In a plural society like ours, the people must be aware, conscious and wise in dealing with political issues so as not to be entangled in the polemics capable of disuniting the masses or rupturing the harmony between different ethnic groups.

“Attempts to exploit race shall be monitored closely as these racist acts will destroy the efforts poured in since the days of our forefathers,“ he added. - Bernama

Kimmich revels on return to Bayern’s midfield after Covid scare

US and Iran ready for direct nuclear talks

2.Kimmich revels on return to Bayern’s midfield after Covid scare

3.US and Iran ready for direct nuclear talks