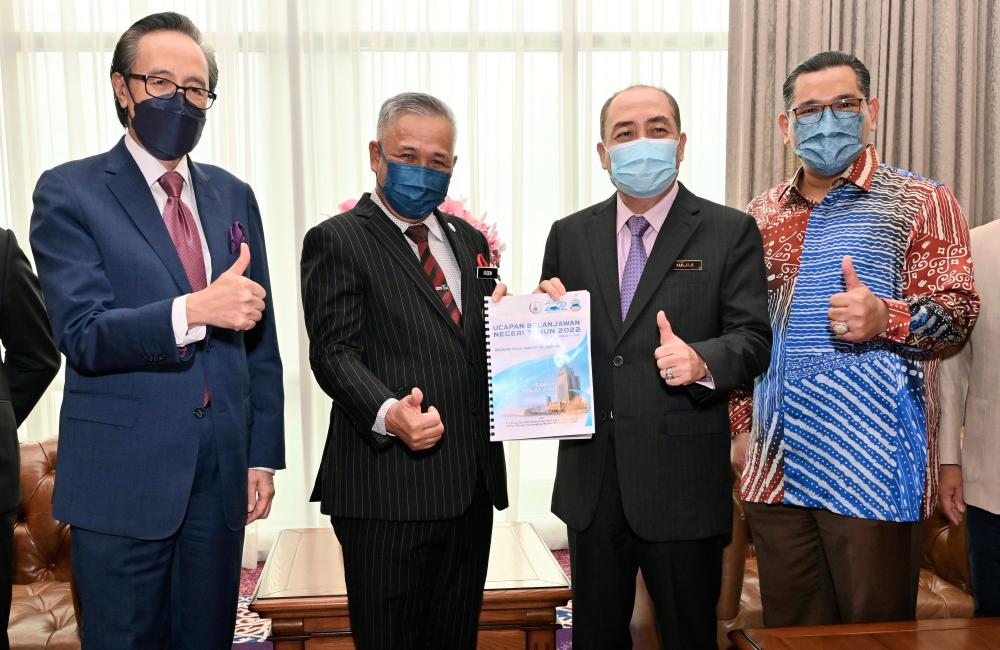 KOTA KINABALU: The Sabah government has tabled a state budget of RM4.596 billion for next year, up from this year’s RM4.303 billion.

Chief Minister Datuk Hajiji Noor(pix), in tabling the budget at the state legislative assembly here today, said the state expects to collect RM4.707 billion in revenue next year, thereby enabling a surplus budget of over RM110.68 million for next year.

“Budget 2022 is the second budget under the Sabah Maju Jaya (SMJ) Roadmap. For this, allow me to recap that SMJ, which was launched on March 29, 2021, is based on the ‘Aku Janji Gabungan Rakyat Sabah’ (GRS) and has been refined by including the aspirations of the people as a whole and uplifted as a key agenda for state development,” he said. “The aim of this roadmap is to drive comprehensive development with the strength of identity and patriotism of each Sabahan towards our beloved homeland in line with the theme of Sabah Maju Jaya.”

Under the budget, the state’s Finance Ministry was allocated RM1.824 billion for supply and development expenditure, followed by Works Ministry with RM770.1 million from RM244.97 million.

The Chief Minister’s Department was allocated RM514.94 million from RM161.59 million before.

Hajiji said RM1.368 billion has been allocated for the state’s development expenditure, of which RM626.58 million came from the Federal Government.

The state expects to collect RM2.094 billion from taxes, RM2.138 billion from non-tax revenue, and non-revenue receipts of RM475.02 million.

“High oil prices will result in higher royalties next year, making petroleum royalty the biggest contributor (to the state budget) with RM1.2 billion, followed by the sales tax of petroleum products worth RM1.1 billion, as well as palm oil sales tax of RM810 million,“ the chief minister said.-Bernama