Sabah to identify site for protection of wildlife 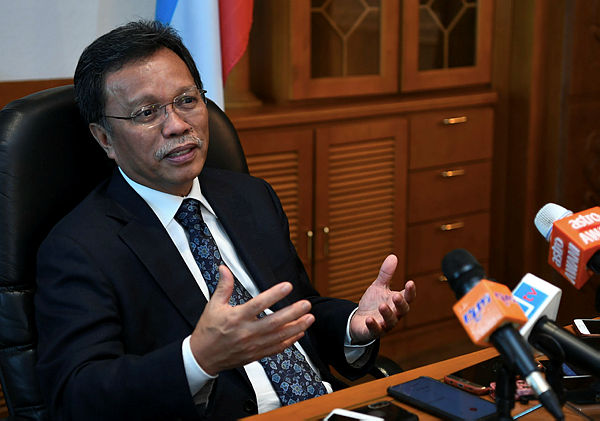 SEMPORNA: The Sabah state government will identify an area in the state suitable as wildlife habitat and breeding grounds, especially for endangered animals.

Sabah Chief Minister Datuk Seri Mohd Shafie Apdal said the move was in line with the government’s intention to protect and ensure the survival of wildlife which are “treasures” of the state.

He added that Sabah Deputy Chief Minister Datuk Christina Liew, who is also the State Tourism, Culture and Environment Minister had been tasked with identifying an area where the animals could be located.

“It will be something like the Serengeti National Park in Tanzania, Africa, where thousands of hectares of land are reserved for wildlife,“ he said when met by reporters after Aidiladha prayers here today.

Mohd Shafie said the area in Sabah would not only house wildlife and endangered animals, but would be a tourist attraction where visitors could see the efforts taken by the state to preserve and protect wildlife in Sabah.

He also said that Liew had also gone to Jakarta to discuss the Sumatran rhino conservation programme with Indonesia’s Natural Resources and Ecosystem Conservation director-general, Wiratno.

Mohd Shafie added that the move was in line with the state’s objective to protect its wildlife and endangered species.

“The only rhinoceros in Malaysia will not be able to breed and have offspring as it has no mates and that’s why I have asked Datuk Christina to look into the possibility of a collaboration on the (conservation of the Sumatran rhinoceros and proposed breeding programme) matter.

Malaysia is now left with one female Sumatran rhinoceros named Iman which lives in a sanctuary in Sabah, after Tam, the only male rhinoceros died in May. Iman is said to be ill with uterine fibroids and despite its condition, Iman is still producing eggs which can be harvested.

“Alhamdulillah, the Indonesian authorities have agreed and we are grateful for their cooperation in fulfilling the desire of the state government to protect the animal from extinction,“ added the Chief Minister.

A memorandum of understanding on the matter is expected to be signed between the Indonesian government and Sabah next month. — Bernama