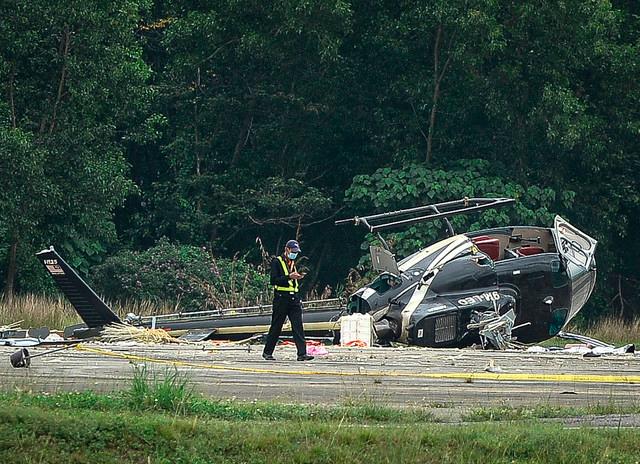 This is to ensure that all regulations are fully complied with, according to a statement issued by the Civil Aviation Authority Malaysia (CAAM) yesterday.

The new requirement is in response to three helicopter crashes in the country in less than six months.

On Wednesday, an Airbus AS350 B3 helicopter crash-landed at the Sultan Abdul Aziz Shah International Airport, leaving the pilot and a passenger injured. Three others escaped unhurt.

On Jan 1, a Robinson R66 helicopter owned by My Heli Club, crashed near Pulau Indah, in Klang.

CAAM chief executive officer Chester Voo, who spoke to the theSun, said the investigations into the crashes are being handled by the Air Accident Investigation Bureau under the Transport Ministry.

“The cause of these accidents can only be determined once the investigations are completed. A full statement will then be issued.”

Voo said, for now, the emphasis will be on preventing further accidents from happening.

He agreed that there should be a medical examination or even a psycho-motor examination to ascertain if a candidate is fit to fly.

“It is mandatory to pass a medical examination as per the current regulations. Furthermore, the training also requires one to complete and pass a competency check before being allowed to operate.”

Voo added all helicopter operations in Malaysia are required to follow a very detailed process of approval before a single operation can be carried out, and this includes training flights.

“All processes comply with existing regulations and the highest safety requirements as per International Civil Aviation Organisation standards.”

A senior pilot, who wished to remain anonymous, said that in accidents involving helicopters, the cause could be a mix of technical and pilot errors. “However, there is a greater likelihood of pilot error.”

On the other hand, he said, the latest incident seems to point towards a technical malfunction, adding that while pilots are put through a rigorous medical examination before a licence is issued, good mental health analysis on a regular basis, perhaps once every three years, should be introduced.

Meanwhile, the police have announced that all five persons on board the helicopter that crash-landed in Subang will be investigated.

Pahang police chief Datuk Seri Abdul Jalil Hassan said the probe is to determine if the five had been permitted to travel across borders.