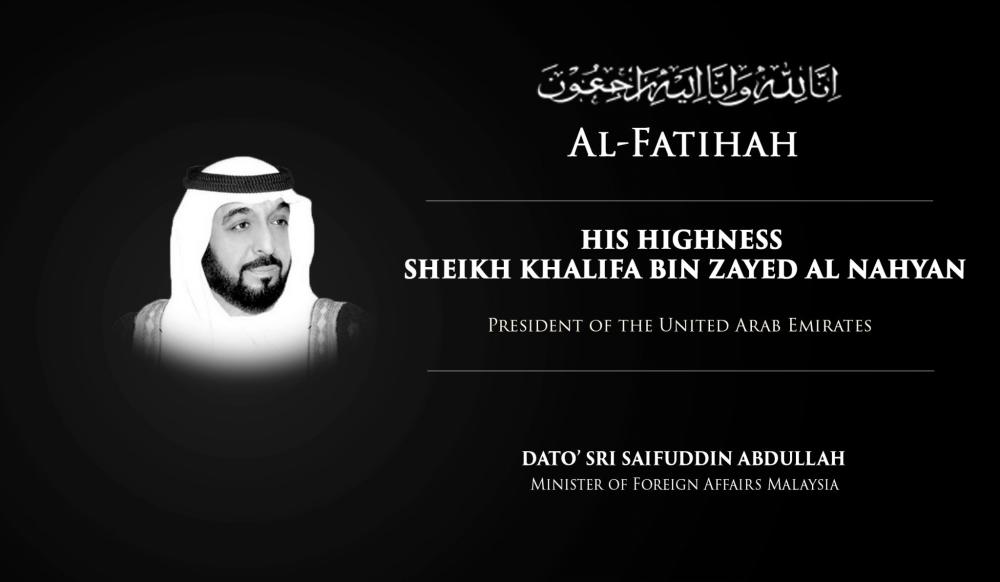 “On behalf of the Malaysian people and government, I express heartfelt and deepest condolences to the Rulers, the Emirates and its citizen,” he said in his posting on Facebook, tonight.

Saifuddin said Sheikh Khalifa’s life and leadership significantly contributed to the remarkable progress of the UAE and was responsible for raising the country’s stature to what it is today.

“I am deeply saddened to hear the news of the demise of His Highness Sheikh Khalifa bin Zayed Al Nahyan, the President of UAE and Ruler of Abu Dhabi.

“May Allah accept and bless him with His Jannah,“ he said.

According to media reports, Sheikh Khalifa, who had been in office since 2004, died at the age of 73 on Friday after a long illness. — Bernama