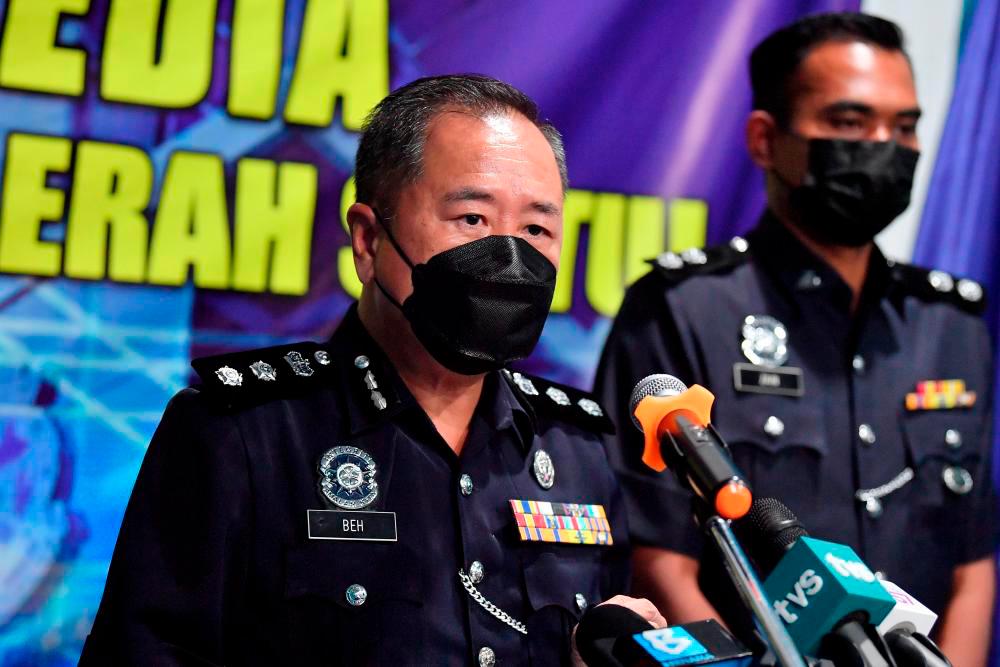 KUALA LUMPUR: Police who went undercover - pretending to be a prospective buyer of a new car - nabbed a car sales advisor who tricks customers into making booking fee, advance payment and deposit into his personal account, instead of paying to the car company.

Sentul district police chief ACP Beh Eng Lai (pix) said the 44-year-old sales advisor who would collect money but will not deliver the cars, was finally nabbed at the Sungai Buloh district police headquarters last Friday, when he went to collect from a police officer.

He said the suspect would ask his customers to make advance payments, pay a booking fee to his personal account and also make a cash payment without going through the company account.

“So far, seven cases have been reported in the Sentul district with losses amounting to RM122,868.

“The suspect has been remanded for six days beginning last Friday and will be handed to the other districts involved namely Nilai, Negeri Sembilan and Sepang for the same fraud case but involving different customers,” he told Bernama today.

Beh said that after other districts have completed investigations, police will charge him at the Kuala Lumpur Court.

According to police sources, the suspect was arrested after meeting a client to collect advance money from his customer who happened to be a police personnel who was already aware of his tactic.

Meanwhile, another victim who wanted to be known only as Ahmad, 30, said he only realised he had been tricked when the car sales centre contacted him recently to inform him that the suspect had been arrested for fraud and breach of trust.

“I panicked after hearing the news because according to what the sales advisor told me, the car I ordered was due to arrive in the middle of this month.

“I have made a total of three payments, twice through online transactions and the third in cash to the suspect totalling almost RM7,000,” he said adding that he had lodged a police report yesterday.

Beh said the case was being investigated under Section 402 of the Penal Code for fraud. - Bernama Students encouraged to master more than one language: Radzi Judge: ‘1MDB trial has been delayed for so long’

Students encouraged to master more than one language: Radzi

Judge: ‘1MDB trial has been delayed for so long’

Perak JBPM to receive 10 Whaly boats in preparation for floods

3.Students encouraged to master more than one language: Radzi

4.Judge: ‘1MDB trial has been delayed for so long’

5.Perak JBPM to receive 10 Whaly boats in preparation for floods