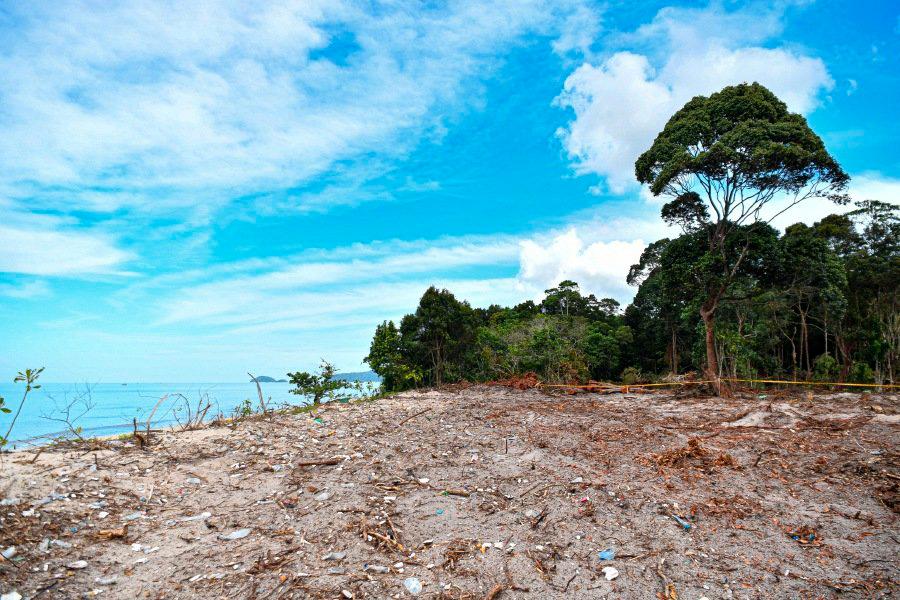 Coastal destruction caused by sand dredging activities is believed to have been carried out without the permission of the authorities in Pasir Panjang beach. - BERNAMAPIX

He claimed observations carried out by SAM together with Friends of Nature Activists Society (Kuasa) and Pertubuhan Alam Sekitar Sejahtera Malaysia (Grass) found that a new area had been opened to take the sand out by sea despite a stop work order issued in January.

“This matter is widely covered in the media and even the Manjung Municipal Council (MPM) has ordered the dredging work to be stopped immediately but it is still going on even without a project approval signage on the site,“ he said in a press conference at Taman Eko Rimba, near here today which was also attended by Kuasa secretary Ismady Radzuan and Grass president Mohd Yusaimi Md Yusof.

Meanwhile, in addition to the sand mining issue, Ismady expressed concern over the proposals to build a new Baitul Hilal Complex (observatory) in the Pasir Panjang Recreational Park and a permanent military training site in the area.

“The proposed Baitul Hilal complex covers an area of 3.78 hectares, which means the forest area of the beach and the turtle landing site will be destroyed,” he said, adding that 80 trees of the precious Nyatuh, Ara and Balau Laut species will also be chopped down to make way for the military training site.

“The three areas are categorised under KSAS Level 1, which should be protected and the state authorities should not allow any activities and conversion of land use in these areas,“ he said.

In January, the Perak Land and Mines Department confirmed that no license or permit had been issued for any sand mining activities in the area and had ordered the parties involved to stop work immediately. - Bernama