SAR underway for occupants of SUV that plunged into sea 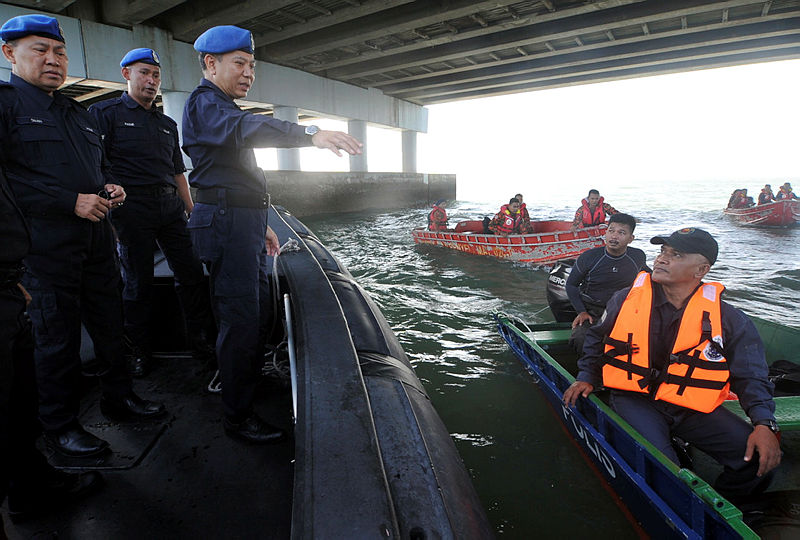 Marine police was represented by Commander ACP Rosman bin Ismail gives instruction to his team during the search and rescue operation, on Jan 20, 2019. — Bernama

PETALING JAYA: Search is ongoing for the victims in an SUV which plunged into the sea after colliding with another car in an accident at Penang Bridge, in the wee hours of the morning today.

The SUV is then seen turning turtle and spinning before plunging into the sea.

Prai Fire and Rescue chief Azlan Hassan said they were alerted about the mishap at 2.35am.

“The 21-year-old driver of a Toyota Vios is currently receiving treatment at hospital after sustaining injuries due to the crash. However, we are not been able to ascertain the make of the other car and the status of its occupants,” he told reporters.

He said a search and rescue operation with the assistance of the Marine Police was underway.

Meanwhile, a witness, Azrul (full name not available), in his 30s, who was fishing there from one of the pillars of the bridge with a friend, said they tried to find the victims but were unsuccessful.

“We saw the car falling into the sea but everything happened so fast and it was dark. We shone our torchlights where it fell but did not see anyone,” he said, adding that they then alerted Marine Police personnel who were patrolling the area.