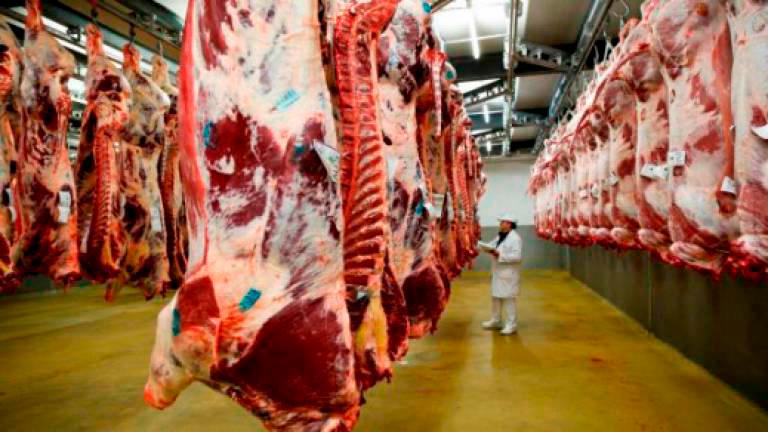 KUCHING: The Sarawak government is taking seriously the issue of smuggled meat in the country and has taken the necessary steps to check its entry into the state, said Assistant Minister in the Chief Minister’s Department (Islamic Affairs & DBKU) Datuk Dr Abdul Rahman Junaidi.

He said the Sarawak government supported whatever action was needed by the authorities, especially the Malaysian Islamic Development Department (Jakim) to address the issue.

“The Sarawak government also supports the intention of the Ministry of Domestic Trade and Consumer Affairs to establish a Halal Legal and Enforcement Committee which would also comprise Jakim and the State Islamic Religious Department (JAIN),“ he said.

He was speaking at a press conference after chairing a special Sarawak Islamic Religious Council meeting here, yesterday.

A total of 15 police reports had been lodged since last Saturday regarding the case of frozen meat and forgery of documents believed to have been committed by a cartel warehouse in Senai, Johor.

Johor police chief Datuk Ayob Khan Mydin Pitchay said, of the total, 13 reports were made by the Ministry of Domestic Trade and Consumer Affairs (KPDNHEP) related to inspection and seizure reports.

Dr Abdul Rahman, who is also the Assistant Minister of Sarawak Utilities (Water Supply) asked the relevant agencies such as the Sarawak Veterinary Services Department and the Royal Malaysian Customs Department to further tighten the inspection of imported meat into Sarawak.

He said that yesterday’s meeting also discussed the establishment of an integrated action committee to conduct inspections of meat slaughtering premises.

“We have inspected several premises and we will take certain actions including seizing meat that is found to be non-halal,“ he said.

He said meat imports to Sarawak were only allowed from Australia, New Zealand and India. — Bernama