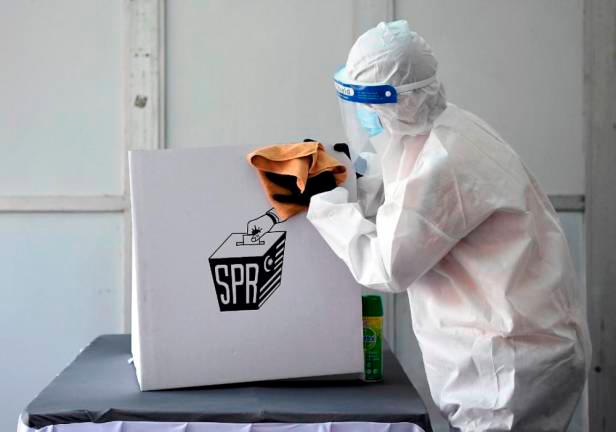 He said that the coalition welcomed and supported the EC’s announcement.

“We welcome and support the EC announcement on the 12th Sarawak state election, which must be held as soon as possible in order for GPS to get a fresh mandate from the people,” he said in a statement today.

He said that it was also in line with the views of Sarawak Chief Minister, Tan Sri Abang Johari Tun Openg, that the fresh mandate was vital for GPS to have a strong basis to continue its pursuit of Sarawak’s rights.

“Our Chief Minister had also mentioned that without the people’s mandate, what do we fight for?” he said.

Thus, as an incumbent of Asajaya state seat, he was of the view that the GPS and its component parties were in need of a strong mandate from the people in this state election, so that they could continue to pursue matters of mutual concern in Malaysia.

Apart from PBB, GPS which was formed in July 2018, also comprised Sarawak United People’s Party (SUPP), Parti Rakyat Sarawak (PRS) and the Progressive Democratic Party (PDP), held a total of 69 out of 82 state seats in Sarawak before the state assembly was dissolved. — Bernama