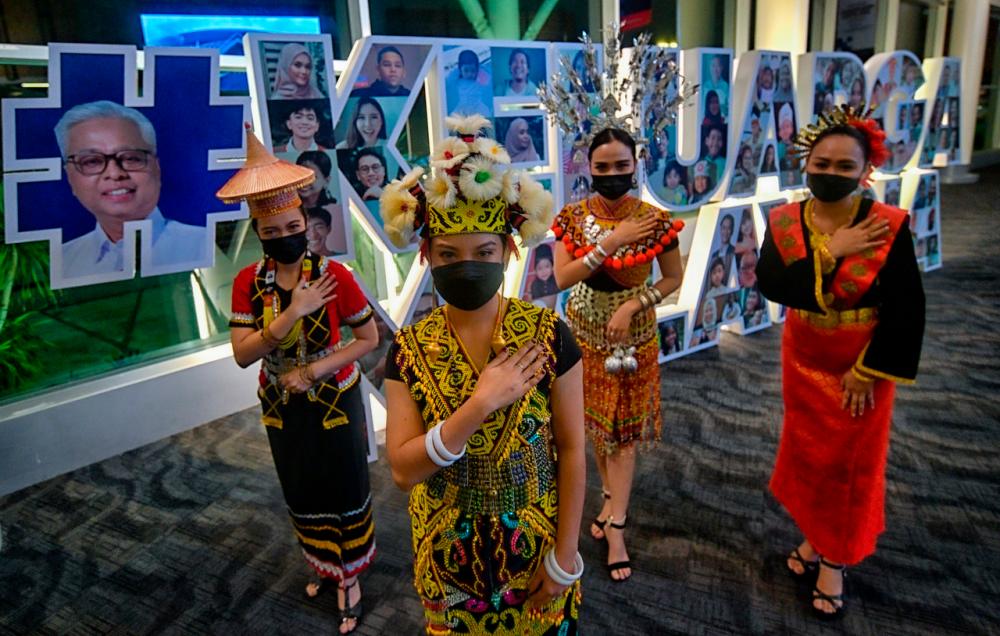 Guests were also entertained with a medley of patriotic songs, including a rendition of the Malaysian Family song by invited artistes Dayang Nurfaizah, Hael Husaini and Vince Chong.

The programme, which was held physically, was attended by 300 guests in full compliance with the standard operating procedures and was broadcast live on all major television stations in the country.

A Malaysian Family exhibition was also held at the BCCK that featured products and initiatives of the Malaysian Family Squad, the Sarawak state government and the Ministry of Communications and Multimedia (KKMM).

Sarawak was chosen as the location for the launch in line with Kuching’s status as the City of Unity and symbolic of the Malaysian Family concept.

Ismail Sabri introduced the Malaysian Family agenda, which is based on the values of inclusiveness, togetherness and gratitude in his inaugural speech after being appointed as the ninth Prime Minister in August.

The Malaysian Family also seeks to create the spirit of consensus and solidarity among all Malaysians to come together in facing challenges.