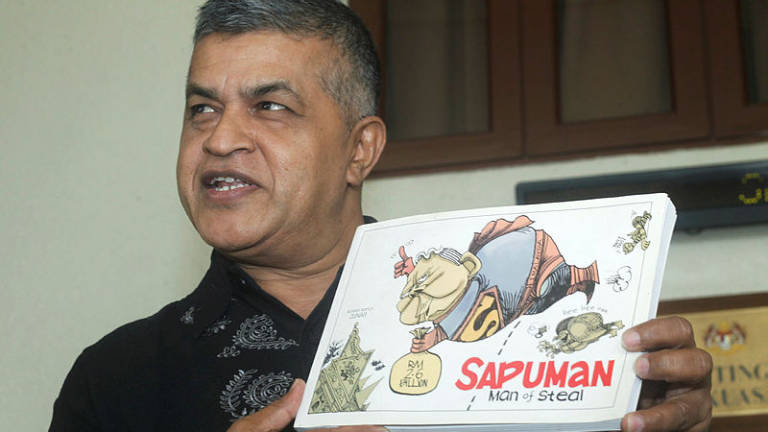 Executing reforms does not cost money, it just needs the political conviction on the part of Pakatan, said Zulkiflee, who is best known by his pen name Zunar.

Speaking at the launch of his latest compilation of satirical drawings titled ‘Art of Freedom’ about PKR president Datuk Seri Anwar Ibrahim, Zunar cited the example of three of laws which were used to detain him under the previous Barisan Nasional regime and that are in existence till now.

Zunar was held previously under the Sedition Act 1948, the Printing Presses and Publications Act 1984 and the Security Offences (Special Measures) Act 2012.

Zunar said he will guard his independence and would offer satirical accounts of the present Pakatan administration if there were reasons for it.

“I will take aim at any government especially if they are on the wrong side of the people,“ he said.

Zunar’s book was co-produced by the Penang State Art Gallery.