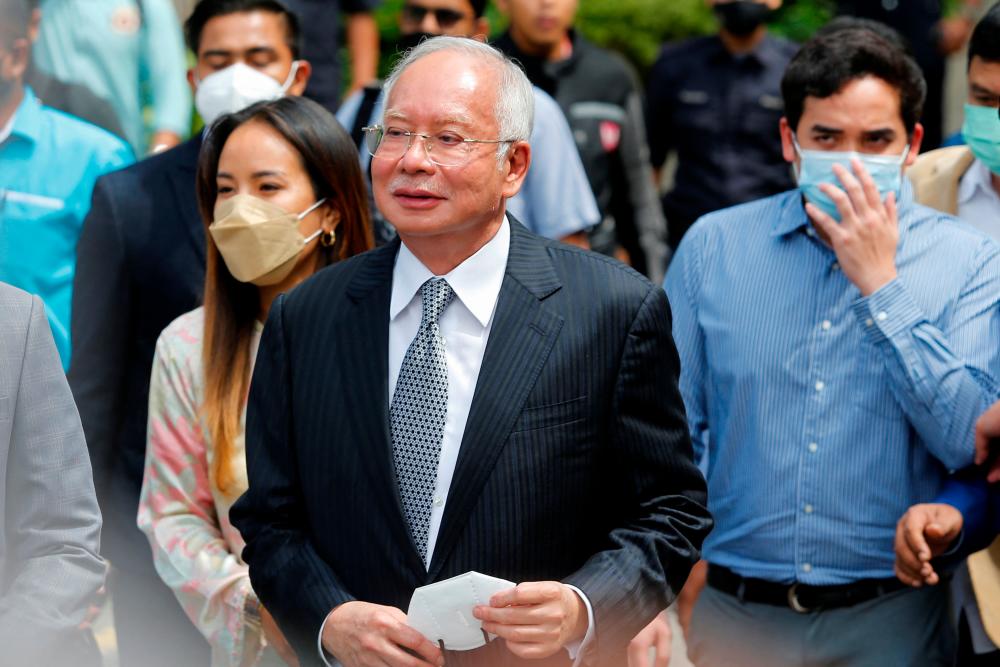 PETALING JAYA: The transfer of some RM60.6 million into Datuk Seri Najib Abdul Razak’s personal AmIslamic bank account in 2011 is actually part of the promised gift of US$100 million made by the Saudi royal family, lawyers for the former prime minister argued at the KL High Court today.

He was cross-examining AmIslamic bank Jalan Raja Chulan branch manager R. Uma Devi who was testifying as the 37th prosecution witness and asked her about the money totalling over RM60.6 million that entered Najib’s AmIslamic account with the account number ending 9694 through two transactions of RM30,449,929.97 on February 24, 2011 and RM30,179,909.46 on June 14, 2011.

Wan Aizuddin produced in court a letter dated February 1, 2011 allegedly signed off by Saud Abdulaziz Al-Saud and addressed to Najib.

The defence lawyer reportedly read out the entire letter, including the portion where the sender told Najib.