Savings from renegotiated ECRL deal not solely down to overpricing, says MRL 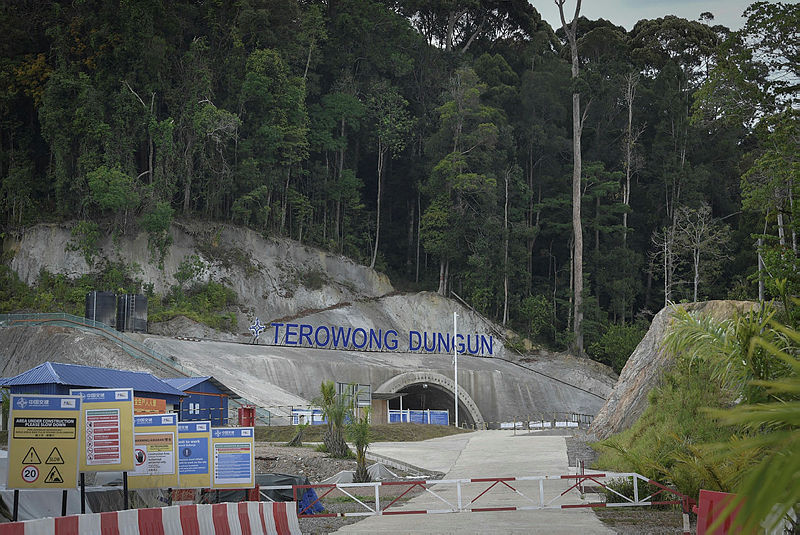 KUALA LUMPUR: Neither Malaysia Rail Link Sdn Bhd (MRL) or the government have claimed the savings of RM21.5 billion for the improved East Coast Rail Link (ECRL) project was purely from an element of overpricing.

MRL said this was not the basis of the negotiations with the Chinese government and instead, Malaysia entered into negotiations on a cooperative basis, to find ways and means to reduce the cost of the ECRL without losing the essence of the rail network.

“For the record, both countries chose to enter into negotiations in a spirit of diplomatic goodwill, with the aim of achieving construction of the ECRL at a lower cost,” it said in a statement today.

The statement was to clarify a recent opinion piece by a columnist published online.

Reiterating Prime Minister Tun Dr Mahathir Mohamad’s announcement on April 15, it said the government had to work within the constraints of the existing engineering, procurement, construction, and commissioning (EPCC) agreement for the 640km rail link inked between MRL and China Communications Construction Company Ltd (CCCC) back in November 2016.

It said the government was faced with a choice of either renegotiating the EPCC agreement or pay a hefty termination cost of RM21.78 billion.

“As the government’s main concern was always the high cost of the ECRL, it was then decided on the renegotiation of the EPCC agreement with CCCC and the government of China for a more equitable deal and with the people in mind.

“What is pertinent is the renegotiation of the ECRL project resulted in a win-win situation that mutually benefited Malaysia and China,” it added.

MRL said this included an impressive reduction of RM21.5 billion or 33% of the project’s cost to RM44 billion, the establishment of a 50:50 joint-venture company between MRL and CCCC for the operation and maintenance of the ECRL, and an increase in the participation of Malaysian contractors in the civil works.

On the feasibility study and environmental impact assessment (EIA) report, it said the renegotiation process was not to reach a new EPCC agreement, but facilitate resumption of the ECRL via the supplementary agreement (SA) inked on April 12 in Beijing.

MRL took cognisance of the fact that as a legal document, the original EPCC agreement could not simply be cast aside.

“This itself negated the need for a new feasibility study since we were working on the premise to avoid paying a termination fee of a staggering RM21.78 billion,” it said.

MRL also said it was fully aware of the need to commission a new EIA report as the 640km ECRL rail network now involved a new southern alignment and realignment on certain stretches.

“Therefore, we expect to work on the new EIA report in the third quarter of 2019 as the entire rail alignment would be detailed out by then,” it added.

According to MRL, the 17.8km long Genting Tunnel is no longer part of the ECRL project, instead a twin-bore tunnel of approximately 7.0km in length will be constructed in the Jelebu-Semenyih area, which would help reduce the loss of forest and minimise impact on wildlife.

“The tunnel together with the design of the alignment to avoid water catchment areas are among the measures taken for environmental safeguards under the southern alignment,” it said.

Meanwhile, MRL said as the project and asset owner of the ECRL, it would also like to point out that Special Envoy of the Prime Minister to head the ECRL negotiations, Tun Daim Zainuddin, did not have the sole responsibility to undertake negotiations on the project with CCCC or the Chinese government.

“Although Daim was the chief negotiator for the ECRL taskforce, the members involved in the negotiation process also comprised senior officials from the Attorney General’s Chambers, Ministry of Finance, Ministry of Transport, and MRL, among others,” it added.

Furthermore, it said the local and international community were very much aware that the ECRL taskforce managed to handle the negotiation process successfully, as the outcome was highlighted in numerous reports in newspapers, news portals and TV stations both in Malaysia and abroad.

On a McKinsey study cited by Daim that had recommended construction of the ECRL to take place over 18 years, it said Malaysia is bound by a valid legal document between two governments and it could not be cast aside, simply because one party was not pleased with the agreement. — Bernama