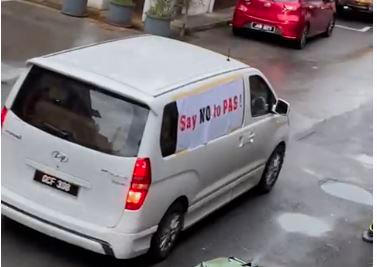 FMT reported that five vehicles were spotted in various parts around Kuching City, with posters urging people to oppose GPS’ call to back PN, comprising of PAS and Bersatu.

The vehicles were also seen around Carpenter Street and the Kuching Open Air Market.