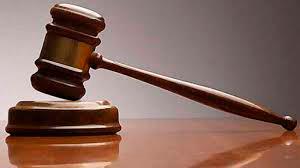 KUALA LUMPUR: A man who was arrested by a bodyguard was caught in a viralled video recently claimed trial at the Sessions Court here, today for committing a gang robbery using a machete.

S. Suresh Rao, 34, a scrap metal collector pleaded not guilty after the charges against him were read out before Judge Mahyon Talib.

According to the charge sheet, Suresh Rao and another man who is still at large, was accused of allegedly committing the offence against Mohamed Ali Meeran Mydin, 36, robbing him of RM15,000 belonging to the victim’s company.

He allegedly committed the offence at Jalan Metro Perdana Barat 2, Kepong, here, at 11.15 am on Dec 15.

He was charged under Section 395/397 of the Penal Code which carries a maximum jail term of 20 years and whipping if convicted.

Deputy public prosecutor Nurliyana Mohd Jafri did not offer bail as the offence under the said section is non-bailable.

“However, if the court wants to allow bail according to Section 388 of the Criminal Procedure Code, I offer bail of RM20,000 with one surety and two additional conditions to report to the police station once a month and not harass the witnesses and the victim,“ she said.

The accused, represented by lawyer M.Madhavan, pleaded for lower bail, as he was his family’s sole breadwinner, supporting a wife and three young children.

The court allowed the accused bail of RM10,000 in one surety with the additional condition of reporting to the court once a month.

The accused was also ordered to not intimidate the victim and other witnesses.

The court set Jan 18 for re-mention.

Recently, a video showed a man pointing a pistol at an individual lying on the road believed to be the accused, went viral on social media. -Bernama