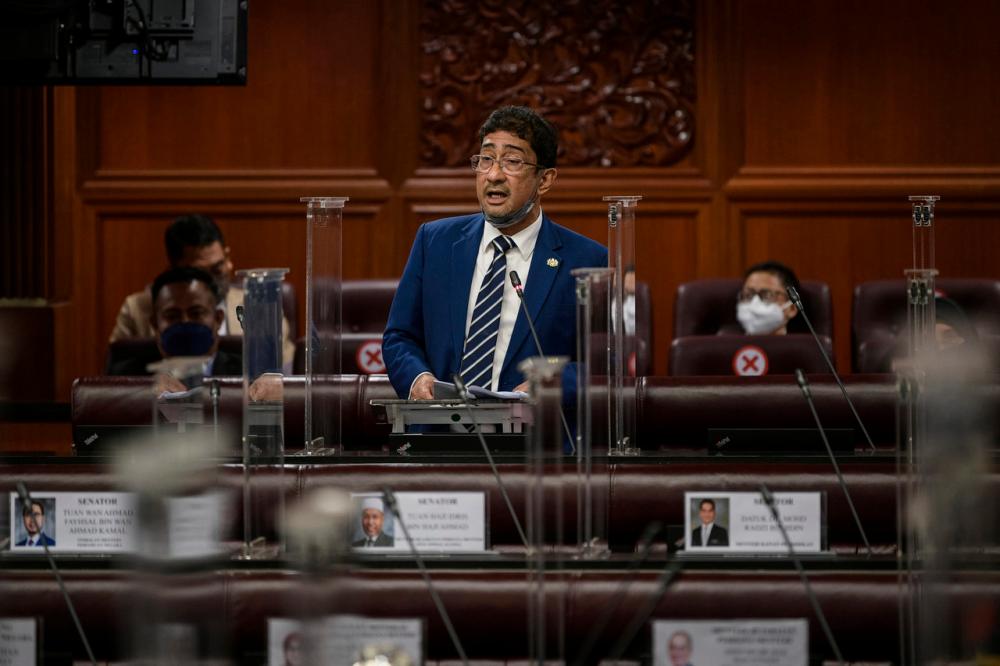 Deputy Communications and Multimedia Minister Datuk Zahidi Zainul Abidin (pix) attributed the 260 per cent increase to the public’s awareness to check the validity of questionable news.

“Indirectly, it shows the success of the government’s efforts in cultivating the practice of verifying (the authenticity of news), especially relating to public health emergencies involving the Covid-19 pandemic,“ he said during a question-and-answer session at the Dewan Negara here, today.

He was responding to a question from Senator Susan Chemerai Anding who wanted to know the progress in efforts to curb the spread of false information or fake news through short messaging systems or social media.

Zahidi said since its launch on March 14, 2017, until last month, the total number of visits to the Sebenarnya.my portal has exceeded 275.85 million.

Zahidi said from March 24 last year to Sept 20 this year, a total of 486 rebuttals of fake news or unverified news were published and explained to the public.

“Of the total, 210 rebuttals of fake news or the equivalent of 43.84 per cent that had been clarified by the PRP were related to Covid-19, including issues regarding Covid-19 vaccines,“ he said.

Replying to a supplementary question raised by Senator Muhammad Zahid Md Arip who asked about the court action taken against individuals spreading fake news, he said from March 18 to Oct 10, the police had opened 324 investigation papers involving the distribution of fake news or news that could cause panic among the public.

He said of the total, 50 cases had been charged in court, 131 cases were classified as no further action (NFA) while 136 cases were still under investigation.

“So far, a total of 30 officers have been assigned to monitor fake news and this figure will be increased based on current needs,“ he said when responding to a supplementary question from Senator Mohd Apandi Mohamad on the number of officers monitoring fake news.